The history of the NHL is a long one, dating back as far as 1917. If you’re even briefly familiar with the NHL then you already know that the NHL has had quite a few logos produced and their teams have used many iconic and signature logos that have made an impact in the sports world. The National Hockey League comprises more than thirty hockey teams, both in Canada and the US. The professional ice hockey league is well known and has made itself known with its teams.

When we think about the NHL, what comes to mind instantly is the famous logo that we’re sure all our readers are familiar with.

After all, the concept has been around for over a century with only a few subtle changes. It’s rare to see a logo, especially for a sports league, that has remained as constant and stable as this one. Since the concept was first launched over a century ago it’s only had a few modifications, keeping the logo consistent since the beginning. It shows how strong the logo is and it’s become recognizable to fans and teams alike.

Let’s take a look at where this famous logo started, what modifications it’s had, and where it ended up today. We’ll also take a deep dive into the history of the league itself and where it started versus where it is today!

If you want to learn everything of interest about the NHL, continue reading on!

The very first original concept for the NHL was designed in 1971 and wasn’t too different from the logo that we’re familiar with today. The biggest change in this is the color choices. The logo includes yellow, white, and a sleek black. The yellow wordmark is featured in the center of a sleek black crest, the wordmark placed diagonally against the black background. Two parallel lines are outside of the letters and all three letters are capitalized. The lines brought emphasis to the letters inside and the black background made the letters stand out in yellow. The crest had a white outline around it with a smaller black border around the outer edge. This first logo was simple, sleek, delicate, and executed well.

The first logo stayed with the league for a while before they decided that it was time for a change and opted to redesign it. This redesign kept the same idea, a crest with the letters inside, but the design itself was changed slightly. They decided to change the shape of the crest, opting to make it both wide and shorter. They completely removed any white from the logo and made the yellow more intense. With the white outline removed, the black background was smoother and the shade of yellow stood out boldly. The last change was a typeface change; it was now bolder and extended. The elements of the shield now moved slightly upwards in the corners and the logo had a bolder and fresher look.

The most recent design came when the NHL rebranded in 2005. The logo was changed along with the rest of the brand’s redesigning and for the first time, the logo got a complete refresh. Although the brand opted to keep the crest included, they made rather large changes to the rest of the design. They opted to keep the shape of the shield, keeping it elegant, strong, and bold. They removed the dark yellow shade and opted to replace it with silver instead. Now the logo didn’t only look bold and powerful, it looked sleek and elegant as well.

The typeface was changed as well, changed to a more elegant and sleek one to mimic the design. The position of both the letters and the lines were changed as well, written from the bottom up and slanting to the right instead now. These changes symbolized growth for the brand and the progress that it had gone through. But it also kept enough of the first logo to keep it familiar and recognizable for those that had been following along since the beginning.

This same logo is used in Canada, the only difference between the two is that the abbreviation is switched to “LNH”.

Elements Of The NHL Logo

As with any great logo, the emblem for the NHL carries a lot of weight. The famous shield logo started out in black and orange but has slowly progressed into something that we’re very familiar with. The symbol plays a key part in creating a visual identity that expresses the brand and has made it as recognizable as it is today. The elements of the symbol include a bold shield that brings a fierce drive to the logo and the name.

When it comes to a logo, the font matters immensely. Without a strong font that you feel represents the brand accurately and ties into the design easily. The font plays a critical part and it’s key that it suits the brand, its personality, and the design. It’s also important that it can be used on a variety of materials and will look good wherever it’s shown and used. The custom font that’s used for the NHL logo isn’t either a serif or sans font. Each letter uses just one serif while the other parts don’t use serifs.

Color is a big part of a design, especially a brand’s logo. For the NHL logo, the color choices had to be both versatile whiles also displaying the brand. Although the logo went through a few different color schemes, the one that we see today is a simple black and white scheme. It includes the silvery shades of grey in the logo but other than that the logo’s colors are simple, clean, and clear.

The History Of The National Hockey League

The NHL history starts on the day it was founded; November 25th, 1917. On this day in Montreal, Quebec, Canada the hockey league was founded after a series of disputes in the NHA. These disputes mainly included Eddie Livingstone, owner of Toronto Blueshirts, and fellow NHA owners.  The NHL founders included Ottawa Senators, Montreal Wanderers, Toronto Arenas, and Montreal Canadiens.

The same season that it was founded marked the time when teams from the NHL would compete against opposing teams from professional hockey leagues. They were competing for the Stanley Cup, the coveted award for hockey players. From that first season onwards the NHL went through a few different changes. Boston Bruins were the first U.S. team that joined the NHL in 1924, but more were quick to follow. The NHL had many star players and were already rapid in winning Stanly Cups.

Throughout the next few decades, the NHL went through more teams although the league format didn’t have many changes throughout these years. They had some of the strongest teams that were seen in all of history and continued to win a shocking amount of Stanley Cups. Each decade saw a new team take the lead and become the future of the league.

In the 1960s through the 1990s the league expanded and changed, the biggest and most remarkable change is that new teams from the U.S joined the league. In 1979 the NHL merged with the World Hockey Association and continued to expand further. This was one of the biggest changes in the NHL and had the biggest impact.

The teams in the NHL continued to rise and change, the merge with the WHA having made a substantial difference.

Later in 1991, the NHL expanded to 26 teams and had a few more changes made. Six years later and the NHL had announced that they were planning to expand further to U.S cities. Years later in 2000, the league had grown to 30 teams and today the league is at 32 teams. The history of the NHL has grown and is one that shows the league has progressed throughout time.

Summing Up The History Of The NHL Logo

The National Hockey League today is made up of 32 teams, 25 of which are in the U.S and 7 that are based in Canada. The NHL has earned its title as the world’s greatest hockey league and is well known not only in the U.S and Canada but around the world as well. The NHL has a strong history that has made itself into the league that we know today, one that has embraced every new decade and the changes as they have come. They’ve gone from first branching out to the U.S in 1924 to where they are today and from merely 6 teams to the number of 32 today.

When you think about the league, what usually comes to mind is the iconic logo that we’re all familiar with. This logo has impacted the sports community, as well as substantially affecting the fans and players themselves. The logo is one of the most substantial logos that has undergone very few changes throughout its time. The concept of the logo has stayed the same since the very first logo, keeping the logo recognizable and constant since its very first concept. It has only had very minor and subtle changes since its very first concept and now it’s the iconic logo that we can easily identify.

Today the NHL is the 5th richest professional sports league in the world and we have to give some of this credit to the legendary logo that represents it. 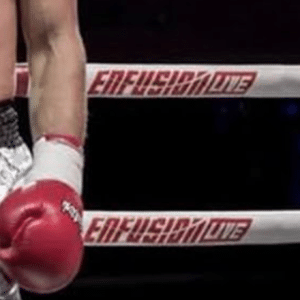 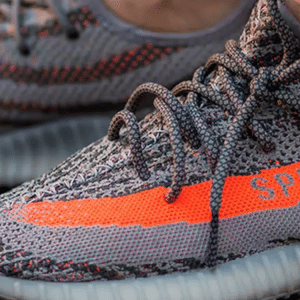 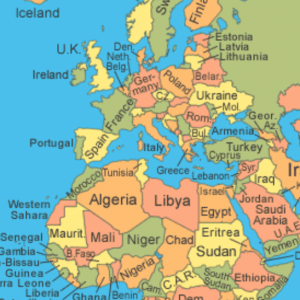 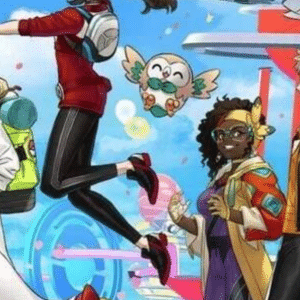 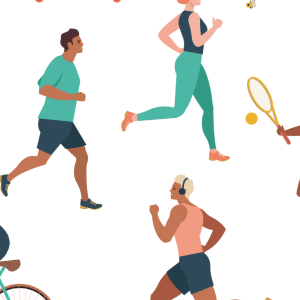 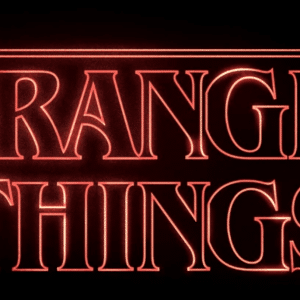 History of Logos: Andrew Tate and Hustlers University’s Logo
Tracking viral trends is something we are all used to. We live in a heavily social media-influenced world where when a Google search catches fire, our social media accounts are ...
The Yeezy Logo Rebrand 2022 – How a new logo caused controversy
Image source When you think of the word Yeezy, there are likely two things that come to mind: Kanye West and the iconic shoe brand. After regularly being expressive through ...
The History Of The Google Maps Logo
When you aren’t sure how to get somewhere, where is the first place you go for directions? If you’re like most of the population, chances are you head over to ...