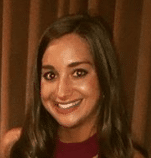 When it comes to the technology space it’s hard to not think of companies like Apple, Microsoft, and Google first. If we had to guess though, if we showed you IBM’s logo, you would immediately recognize that brand as well.

So, while IBM may not be the first company you think of, it’s a company that is worth exploring – especially since its logo is one of the most recognizable in the world. If you’re ready to take a closer look at this iconic brand, then you came to the right place. Below we look at not only this brand’s evolution but also at how IBM’s unique logo came to be.

Founded in 1911 by Charles Ranlett Flint, IBM stands for International Business Machines. When Flint founded IBM, he founded it as a one-person firm in Endicott Village, New York. While IBM didn’t formally become “IBM” until 1924, what Flint founded the company on is what the company stands for today.

IBM is USA based with its headquarters in Armonk, New York. IBM has grown since its inception to become one of the largest manufacturers of software and hardware in the world. Beyond these offerings, IBM also provided consulting and IT services to clients around the globe.

After Thomas Watson took over the brand, he updated the name to “International Business Machines.” During the early days of IBM, the company was focused on business and marketing strategies and developing products around what the brand’s customers needed.

The 1920s-1930s: IBM is integrated into schools and government agencies

In 1928, IBM developed a public address system which was quickly adopted by schools. This morning announcement system became a staple across schools. That same year IBM also developed the first calculator that could subtract. A few years later in 1935, IBM’s punch card machines were integrated into the Social Security Administration’s work. The hope for this was that IBM could help develop a new network of Social Security numbers for U.S. citizens.

The 1950s: IBM builds out its business computing business

After various new products and developments, IBM expanded its business computing business in 1952. One of the key products during this era was IBM’s mainframe computers with a vacuum tube design. This design was how all computers were developed until the microchip was later invented. Other developments during this period included IBM’s invention of the hard drive for data storage and the FORTRAN, a computer coding language.

As IBM focused on developing new products and building market dominance, IBM released the first personal computer in 1981. Unlike past computers, this “PC” was marketed directly to consumers.

Even with the release of the personal computer, IBM struggled to maintain market control. In response to this, IBM decided to focus instead on business services, primarily consulting and IT services.

In 2005, Lenovo took ownership of IBM’s computing operations, allowing IBM to focus on the company’s other services and offerings. This move worked for the brand because even today, IBM’s business services are responsible for most of the brand’s profits.

Roadblocks Along the Way

For a company that has been around for decades, it’s only natural that IBM also experienced some challenges along the way. Even though IBM was the first PC developer and pioneered this technology, the brand struggled to maintain its status as a market leader in the 80s and 90s. This was because of a couple of reasons, the biggest reason being that clones of the IBM system and business model began to pop up. Since IBM took the time to establish itself as a reputable company in this space, many consumers were able to see that these other systems were clones, but that still wasn’t enough to help the brand be a market leader.

A second roadblock came when the market shifted from large mainframes to smaller servers. IBM was founded with a focus on the larger server market, which they dominated early on, yet the brand wasn’t set up to pivot to a smaller server offering. IBM decided to pivot in another way in the 90s when this happened though. IBM shifted its focus to the growth of its business services department, rather than creating new technology. With this pivot, IBM was now positioned to help clients build and install their networks and servers, something their competitors were not doing.

Even though IBM is a digital brand, IBM’s first logo was created by hand, rather than a system. The credit behind the original logo goes to Paul Rand and while Paul’s original logo has been updated through the years, it has always retained a sense of professionalism, power, and brand loyalty.

Below we take a deeper dive into IBM’s logo evolution through the years.

The first logo IBM ever created was an intricate monogram of the company’s name at the time, International Time Recording Company. The scale of each letter varies, as does the placement of the letters and “Co.” This early version of IBM existed as Flint began to think through his business concept.

Most companies don’t need to redesign their logo after one year, but when “International Time Recording Company” became “Computing Scale Company,” the brand needed a new logo. This iteration kept similar intricate stylistic details and included the same monogram features. This monogram was updated to include ornate details and curls around the logo, setting a slightly different tone to the brand.

The company’s second rebranding occurred in 1910 when the company name became “Computing-Tabulating-Recording Company.” This new logo that accompanied this new brand name featured an addition of a circle emblem that the monogram sits within. Some of the intricate details of the prior logo were also removed in this version.

Unlike the past logos that accompanied the unveiling of a new company name, this logo version decided to forego the usage of monograms and instead included the full company name, International Business Machines. The brand name was written to resemble a globe, symbolizing that anyone in the world could benefit from the brand.

Almost twenty years after the brand transitioned to the name we know today; IBM unveiled a new rebranding strategy to signify how it was becoming a tech giant. The brand needed a new, powerful logo that stood out and the result was a return to a monogram design. This monogram design focused on each letter and didn’t include any intricate details, making the logo easier to read. This was the first time the brand incorporated color into its logo. This blue coloring is the color we associate with IBM today.

This sixth iteration of IBM’s logo looks like the past version however the font is enlarged and the space within and between the lettering was increased.

Playing off of Paul’s updated design which lasted 10 years, IBM’s logo went through a slight update in 1972. This update reduced the number of stripes in the lettering to only eight, signifying the speed of the brand. This logo update appealed to IBM’s audience and lasted for more than 50 years.

2018 – today: An additional version of the IBM logo

To accompany the striped, blue logo, IBM released a second logo to be used in conjunction. This version relies on solely gray and white, with IBM sitting within a rectangular emblem. IBM’s strategy with this logo release was to convey a sense of stability and responsibility to the brand’s consumers.

Throughout the years, IBM’s logo font has altered. Regardless of what font the brand chose though, the font was always a bold one. The earlier versions of the logo featured a font that incorporated curls and swirls into the monogram. Then in 1947, those details were removed and a Beton typography was introduced instead. This Beton font was replaced with the City font in 1956 by Paul Rand. Today, the font we associate with IBM is a custom serif typeface that pulls inspiration from the brand’s earlier fonts, yet this serif is bolder, simpler, more powerful, and more linear.

No matter what version of IBM’s logo you are looking at, the brand always kept its color choices minimal. Instead of overpowering the logo with a variety of different colors, the brand’s logo was either black, white, and gray, or blue and white. Once the blue color was introduced, the brand began to refer to this color as “Big Blue.”

Just like how IBM never used a variety of colors with its logo design, the brand also never overpowered its logo with emblems and symbols. The only symbols ever used are diagonal lines within the typeface. Some believe these lines signify that the logo was designed by a computer, rather than by hand, which ties back to what IBM is focused on.

IBM first began on its road to computer domination in 1981 when the brand released the first computer for personal use. Before this release, computers were often only for business or government usage. As part of this release, IBM partnered with Microsoft to equip the PCs with Microsoft’s operating system. With this launch, IBM became the first brand that the everyday person could rely on and became a benchmark for other companies to replicate.

Today, IBM’s computing division is owned by Lenovo. With Lenovo’s purchase, IBM became well-positioned to focus efforts on business services even more. IBM Is known today as one of the top producers of the most powerful machines out there and continues to partner and license new designs to various businesses, governments, and the military.

IBM employs more than 340,000 employees today and while they have multiple offices, IBM’s headquarters can be found in Armonk, New York.

Throughout IBM’s evolution, IBM always maintained two things with its logo – power and simplicity. These two elements are two lessons we can all learn from the brand. IBM never needed elaborate details, colors, or fonts to stand out, its logo did it all on its own. While there were some hidden meanings with the usage of the diagonal lines, that feature still tied back to the core elements – power and simplicity. When you focus on this, rather than adding a million other elements, your logo can stand the test of time, just like IBM’s.

As you think about your brand’s design and how you can replicate these lessons learned from IBM, one partner you can utilize is Hatchwise. Hatchwise can handle all the design legwork for you by providing you with creative logo designs to choose from, from creatives all around the world. Once you find a logo you love, the logo is yours.

If you’re ready to kick off a logo contest with Hatchwise (or if you have any questions), reach out to a member of Hatchwise’s team today! 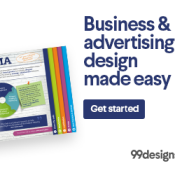 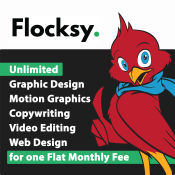 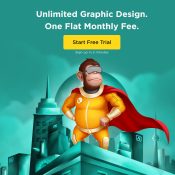 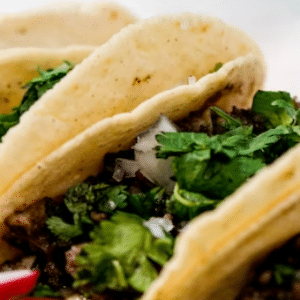 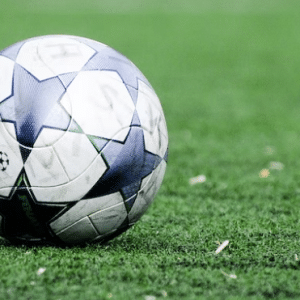 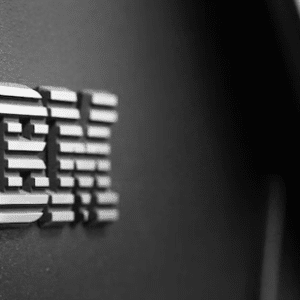 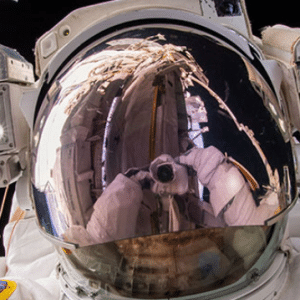 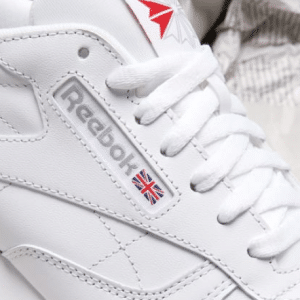 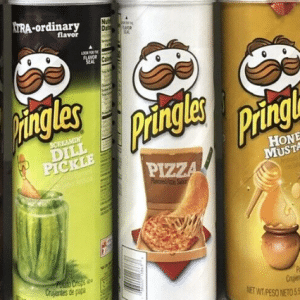 The Complete History Of The Pringles Logo

The Complete History Of The Taco Bell Logo
Ask most Americans to start listing all the fast-food chains they could think of, and Taco Bell would probably be in the first five. According to the Top 500 Chain ...
The Complete History Of The Chelsea Logo
Long before Ted Lasso first shed light on the inner workings of England’s premier football clubs, football had always been a staple in England – now the rest of the ...
The Complete History of the IBM Logo and the Company
When it comes to the technology space it’s hard to not think of companies like Apple, Microsoft, and Google first. If we had to guess though, if we showed you ...