Famous Superhero Logos
What Are The Best Website Hosts?
The Top 10 Female Entrepreneurs Of 2020
Cryptocurrency: Hot Trend or Here to Stay?
Reasons Why TikTok Is So Successful
The Ultimate Guide To Social Media Marketing For Beginners

Home / Blog Posts / Reasons Why TikTok Is So Successful 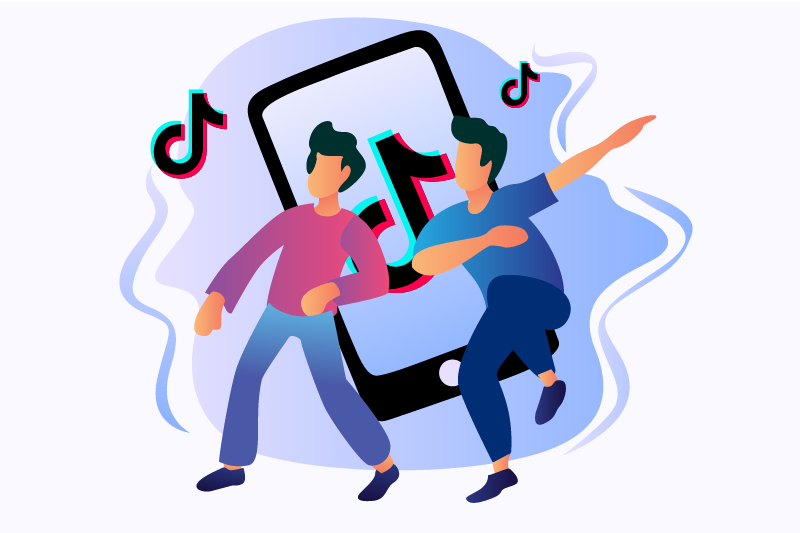 Reasons Why TikTok Is So Successful

The clips are going viral and everyone under the age of 25 is talking about it. There’s no denying TikTok is taking over as one of the top social media platforms out there. For those who are still asking what a TikTok is, here are all the reasons you should be paying attention to it.

The simplest way to describe TikTok is to say it’s a newer social media platform that relies on users uploading short video clips. The content users create can range from a funny little micro-video to lip-syncing a favorite song. As far as social media platforms go, this one seems to be gaining the most traction with the Gen Z crowd, compared to Facebook and Instagram that range closer to ages 20 to 40.

Where did TikTok come from?

Back in 2014 an app called Musical.ly blazed onto the social media scene, becoming hugely popular with teenage users. It quickly become a favorite way to post short lip-syncing videos and by 2017 had over 200 million users.

But Musical.ly also would find a rival in the 2016 Chinese-developed app ByteDance, which was first only available in China. This newcomer would be renamed TikTok and released internationally, gaining 100 million users in only one year.

As ByteDance (later known as TikTok) grew bigger and bigger, they eventually bought up Musical.ly and merged it with TikTok, leading to the unified brand and global phenomenon all the cool kids are talking about.

You can’t ignore the reach of TikTok. They are scheduled to reach over a billion users this year and nearly 50% of their users are under the age of 34. It’s becoming the voice for the new generation. The explosion in popularity has created a whole new platform that social media influencers can use to make money, as well as a new way for companies and brands to advertise to their target market.

The Benefits of TikTok for Users

Because TikTok relies on its users to create content, it provides an easy way for anyone to get their voice out there. It provides just enough entertainment in the short mini-videos to keep up with our ever-changing attentions, with the average video length coming in at 15 seconds. This shorter video length can lead to some confusion when you first begin using the app, but allows you to consume more content quickly.

Another huge benefit of TikTok is the variety. With over 1 billion downloads, the app is loaded with users, ranging from your younger sibling to Hollywood A-listers. Even Will Smith recently got in on the fun, gaining a 5-million user following in just a few weeks. It’s also home to influencers who are opting for the platform to stay relevant and repurpose their content.

Ultimately, it’s entertainment in nibble-sized portions, perfect for a quick break from work or waiting in line. Plus the algorithm suggests things you will like based on what you watch, giving you nearly endless options.

The Benefits of TikTok for Brands and Companies

Any social media platform is turned into a way to make money for interested, in-tune companies and businesses. TikTok is no exception. One of the earliest brands to join TikTok was the NBA, now enjoying over 1.2 million followers who love their game highlights and player appearances.

Other corporations, like Chipotle, have also turned to the app to stay in the minds of their target market. Brands are becoming increasingly creative, using their content to share updates about their businesses, their product, and to initiate competitions among their followers.

The media is another group using TikTok to reach the younger crowds, with organization like the Washington Post and NBC News joint and allowing their reporters to show who they are off screen. Especially exciting for fans of the media groups are the chances for behind-the-scenes peeks at production.

The biggest benefit for companies is the chance to better advertise to an important age group. By offering ad space, TikTok saw a 300% increase in their revenue. It’s becoming a cost-effective form of advertising and marketing that more and more companies may start relying on.

TikTok looks like its here to stay. With a growing population on the app and companies clamoring to advertise using the medium, it’s facilitating a beautiful relationship between consumers and businesses. Along with the consumerism side of things, users are benefiting from having a platform to give snap-shots of their lives and their personalities. It’s quickly becoming the voice of the next generation of decision makers and we should all sit up and pay attention.