How To Choose The Best Fonts For Your Design 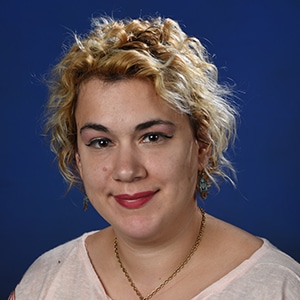 Choosing fonts is a bit of a science, a bit of an art, and a bit subjective. Everyone has their own preferences for fonts, and each brand or design needs a font that mirrors its personality and aesthetic.

However, there are some guidelines you can follow to choose fonts and font pairings that will suit most people’s tastes. That’s the key to connecting with as many people as possible in your target audience. Let’s start with what you should look for in a font.

When choosing a font for a brand or corporate design, you need something that expresses the company’s personality and appeals to your target personas. You also want it to function well in the type of project you’re designing. Here are some key aspects of what makes a font work.

What are the Types of Fonts?

First, let’s clear up a common point of confusion. We’re talking about digital design, so when we say “font,” we’re referring to the digital ﬁle that produces a certain typeface. A typeface is the more proper name for what most of us call a font. It’s the actual design of how the typed letters look.

We’ll begin by going over the basic kinds of typefaces, then get into which variants of the fonts are most suitable for your design. As you may know, there are two basic types of typeface: serif and sans-serif. The serif is the small ﬂourish added onto the stroke of a letter.

A major subtype of serif typeface is the slab serif, in which the serif is more pronounced. Slab serif typefaces often beneﬁt from a more open design and thus can be a good compromise between the formality of serifs and the accessibility of sans serifs.

Other kinds of typefaces include handwriting, blackletter, display, and script styles. Handwriting typefaces are fairly self-explanatory: They’re meant to approximate text written by hand (but more legible). Script typefaces use a cursive or calligraphic style and are often used in formal invitations and other elegant designs.

Blackletter fonts, also called Gothic fonts, have a distinctive old-fashioned look derived from their origins in medieval Europe. In most designs, these font types should be used sparingly, as they tend to be difﬁcult to read or strongly associated with a certain context.

Finally, display typefaces come in a wide range of styles and are usually strong in personality. There are hundreds of subtypes of display typefaces, encompassing everything from a classic marquee typeface to “horror” type to cartoonish letters to pop culture favorites, such as the famous Harry Potter or Star Wars title fonts.

Sometimes, the typeface you need is obvious. For example, if you’re designing a poster for a cabaret, you likely want a classic vaudeville typeface, Art Deco style, or a display typeface that resembles a marquee or stage lights.

What are Font Variants?

As we mentioned, typefaces entail the design of the letters, while the font is what you use on your computer. Many typefaces have multiple fonts that allow you to use the typeface’s variations, which are slight modiﬁcations to the weight, shape, letter spacing, slant, and other key characteristics of the typeface.

The fonts included with a typeface might include a larger “title font,” an oblique style, which is slanted, and the regular roman version, which is upright and what most of call “normal” text.

Some typeface designers create a wide range of variations, the names of which are often appended with words such as “Light,” “Book,” or “Heavy.” Here’s where it gets complicated: Most serif, slab serif, and sans serif fonts also have font variants, which include boldface and italic. These variants can be produced by most graphic design programs.

If you’re designing on the well, you can use CSS properties such as font-weight, font-style, and font-variant to modify the appearance of the text. Choosing your typeface version or font variant can be tricky. In general, “heavy” or “title” fonts are ideal for headings or document titles.

If a typeface also has a “Book” or “Regular” version, you can provide consistency by using the same typeface’s different variations in your design. As you probably know, or italic fonts tend to connote emphasis — and sometimes an afterthought or note — while oblique typefaces suggest elegance and formality.

How Do I Pair Typefaces?

No matter what you’re designing, using a single font can look boring and uninspired. However, using too many fonts can look cluttered and unprofessional. Strike a balance by using no more than three different fonts in a design. An ideal formula is to have a separate font reserved for each of the following: the main heading or title, subheadings, and body font. Some typefaces offer enough variations that you can use the same typeface throughout your design!

When pairing typefaces, aim to combine ones of different styles. For example, a funky display typeface often looks good next to a minimalist serif. A strong slab serif heading pairs well with an easy-to-read sans-serif.

Pay attention to proportions and font sizes as well: Condensed typefaces should be paired with wide-set ones, slanted ones with upright ones, and so on. In choosing font sizes, you should aim for a large enough difference among different elements of your design (e.g. the title and the body) that it’s easy to tell which is which, but avoid making the difference jarringly large.

Take the time to experiment and test different typefaces and fonts in your design. Aim to strike a balance among characteristics such as weight, stroke length, slant, and letter spacing. To ﬁne-tune your fonts, you can adjust some of these characteristics in most graphic design programs or by using CSS.

Remember to keep in mind the connotation and aesthetic of each typeface in your design! A cartoonish typeface isn’t appropriate for a business document, but might work well for an after-school program’s website. Ultimately, use your artistic eye and best judgment. Good luck with your design!