How To Become A Millionaire 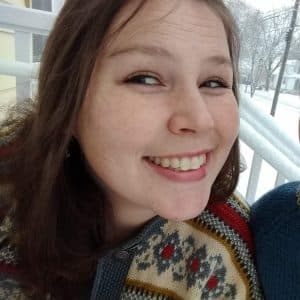 Becoming a millionaire might not be what it used to be, but it’s still a goal for many entrepreneurs. While getting into the 3% isn’t easy, the road to get there is probably a bit more straight-forward than you thought. Like many other things, becoming a millionaire is in the details. Working hard in school, keeping your knowledge updated, and to keep on learning even after you leave school is one such detail.

Trying to save at least 20% of  your income after taxes, and investing the money you do have in property is another. A more surprising trick to becoming a millionaire is to keep living at a lower standard than you can afford. Aspiring millionaires should keep driving that cheap car, and refrain from buying nicer clothes or the latest gadgets to impress friends or followers on social media. Working hard and networking is another important detail.

How To Become A Millionaire

Is becoming a millionaire a pipedream? For the about 3% of Americans with a net worth of at least $1 million it wasn’t. While there is no exact formula to becoming a millionaire, there is a certain mindset required. You can start amassing wealth any time, but you’re likely to have less to lose, more time, and a lot more energy in your twenties than at any other time in life. You’re also less likely to have dependents that rely on you, and so you’re able to take more risks. It follows that if you want to become a millionaire, your twenties is as good of a time to start as any.

You’re already paying thousands of dollars to go to school, so make sure you get the best bang for your buck by studying hard. Sure, some companies might tell you that GPAs don’t tell the whole story, but that doesn’t mean that a good GPA won’t get you places. Graduating in the top 1% of your class is absolutely doable and can only give you benefits in a competitive job market. Of course good grades aren’t going to automatically get you a job, but that doesn’t mean that putting in the time and effort to get them will be wasted.

Even after you’re done with school, there’s no reason to stop learning. Knowledge is your greatest asset, and these days you can learn just about whatever you want, without paying a penny.

Have More Than One Source Of Income

Having more than one source of income is always a good idea, even if you make enough at your full-time job. With time your side hustle may even become more lucrative than your job, and even if it doesn’t, it is an extra source of income. Investing in property can yield a steady stream of income as well. Don’t gamble your money away, but also don’t be afraid to take risks with your investments. The biggest payoffs, after all, come with the biggest risks.

Living not just within your means, but far under it, is another big key to get you on the way to become a millionaire. As you gain wealth, you can keep it by not using any more money than you did before you had it. Keeping up with the latest and greatest is not the way to become a millionaire. Instead, spending less money the more you have is more likely to help you get more. You can drive a cheap car and live in a simple apartment, even when you can afford not to. The same goes for eating out, just because you can doesn’t mean it’s a good use of your money. By not spending your money on clothes you don’t need or on upgrading your lifestyle, you will end up actually having more money.

Save More Money Than You Comfortably Can

If you spend as much money as you want and save what’s leftover you won’t get very far. But if you save money you would have liked to spend, you will save a lot more. If you want to be a millionaire, you’ll have to be willing to make sacrifices. Keeping the same living standard as you had in college for several more years than necessary, will allow you to save a lot more money. The road to becoming a millionaire is not paved with nice clothes or a new car. Regardless of how much money you make, try to save at least 20% of what you get after taxes. It won’t be fun, but nobody said becoming a millionaire was fun. But being one might be a lot of fun.

Working hard will get you ahead. Be the first at the office in the morning and the last to leave, and you will reap the benefits. Putting in the long hours will gain you respect, teach you things you wouldn’t otherwise learn, and help you get more done. There’s also more job security in putting in the most hours, since you’re less likely to be let go than the people who slack off. If you put in the hardest work when you’re young, you will be able to slow down when you’re older. Will you be able to have a full social life while putting in these kinds of hours? Probably not, but it will still be worth it.

Perhaps a bit contradictory to the advice of letting your social life suffer to get ahead, but you need to take time for networking. It’s not enough to work hard, you’ll need allies to get where you’re going. Networking means talking to people, so make a point of connecting with the people you work with. Take colleagues out for coffee, show an interest in their lives and the things that make them who they are. In short, make people like you. As you gain allies, you’ll eventually also gain ones with power, and once you have powerful allies, you’ve got a much better shot at advancing your career.

Know Where Your Money Goes

There’s unfortunately also many people who make millions of dollars, spend it as best they can, and end up broke just a few years later. Don’t be one of them. Keep track of the money you’re making, but especially of the money you’re saving. Becoming a millionaire means very little if you can’t stay on top of your finances. Again, the internet stands ready with free financial tools to help you keep track of your money. So calculate what you’ll need when you’re retired, track your cash flow, and analyze all your investments.

Turns out that becoming a millionaire might not be quite as difficult or unrealistic as one might think. That said, it does require a lot of discipline. Keeping a lower living standard than what you can really afford to save as much as you can, isn’t for everyone. Neither is saving 20% of your income after taxes, or working longer hours than everyone else. But if you want to be a millionaire, these are the sacrifices needed. Is it worth it? At least 3% of Americans think so.