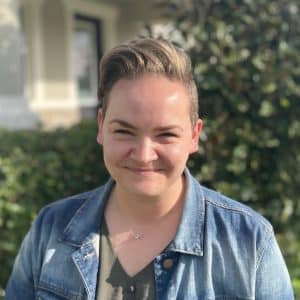 HBO is an acronym for Home Box Office Inc, which alludes to visiting a theater and buying tickets at the box office for the latest blockbuster movie. Instead, HBO brings the experience into the home with its premium programming. Though the company has grown and evolved significantly since its conception, the logo has remained relatively static.

What would eventually become HBO began with a company called Sterling Information Services in 1965. Charles Dolan founded Sterling Information Services, and his goal was to provide television services to tourists in New York City’s hotels. Unfortunately, Dolan quickly discovered that people and businesses preferred free television. As the company struggled, he sold 20% of it to Time-Life Company and came up with a new concept called “The Green Channel,” which would require people to, again, pay for programming. In a time when television was essentially free, this idea didn’t really sit well with consumers, even if The Green Channel was filled with premium content.

Time Inc sent out a survey to potential subscribers to gauge interest, and even though they seemed wholly uninterested, the project pushed forward anyway. The Green Channel became HBO to seem more relevant and began on November 8, 1972. At the time, it had nearly 400 total subscribers on the first night of service. All viewers were located in Pennsylvania. The first night, HBO offered a hockey game and a poorly received two-year-old movie. Prospects were not promising.

Time purchased an additional 60% share in the company, and by April of 1975, they boasted roughly 100,000 subscribers between Pennsylvania and New York. It was afloat, but barely. Then, on September 30, 1975, HBO aired “Thrilla in Manilla,” a heavyweight match between none other than Muhammad Ali and Joe Frazier. Fifteen thousand people from several areas in Florida joined the Pennsylvania and New York subscribers. By the end of the year, they had 300,000 subscribers across 16 states, and growth doubled the next year. In 1980, HBO had subscribers across all states.

HBO introduced its second channel, Cinemax, in 1980. They set a lower price for subscribers and placed it in direct competition with Showtime. Soon, HBO was able to pay movie studios for feature film broadcasting. To help support their broadcasting efforts, HBO regularly helped finance films. Once they found themselves in the movie-making business, they charged full steam ahead by establishing the movie studio Tri-Star Pictures with CBS and Columbia.

HBO began offering original content in the 1980s. Most of these early options are not well known, but they did offer something traditional television did not: mature programming that included cursing and even nudity.

HBO created Comedy Channel in 1989, which merged with the company HA! to eventually become Comedy Central. This channel would turn out many popular shows like Daily Show with Jon Stewart (1999–2015), South Park (which began in 1997 and is still running), and Chappelle’s Show (2003–06).

1991 brought second channels for HBO and Cinemax, each with a 2 tacked on at the end. From there, options only began to grow with alternative media for many different groups of people, including HBO Family and HBO Latino.

The 1990s and 2000s brought even more dedication to creating quality, unique programming with The Sopranos, which ran from 1999-2007 and The Wire (2002-2008). These and other shows were of significant note because it became clear that they were different from other shows available. In addition, these shows were groundbreaking in their maturity and rich detail.

HBO is NOW turning out a great deal of original content that keeps fans clamoring for more and customers signing on to subscriptions. More recently, the HBO original show The Game of Thrones (2011-2019) adapted George R.R. Martin’s fantasy world into an eight-season-long streaming phenomenon. With merchandise and spin-offs coming, it’s clear the company is continuing to create outstanding entertainment.

The HBO logo has remained essentially the same across the few revisions it has undergone. In the early days, the logo was much more elaborate, but it became more and more simple as the company continued to find success.

Throughout the several-decade lifespan of the HBO logo, it has remained relatively consistent with its original choices.

For color, all three logo variations are in black and white. This has never wavered between the evolution choices. The bold black choice is significant because it reminds the viewer of sophistication and class. In addition, it is clean and can coincide with any other design elements it may be placed alongside.

While the logo typically appears black, those color arrangements are occasionally reversed, and the HBO logo is white atop a black background. This allows the logo to have greater versatility if the background on which it needs to appear is a darker color.

With the exception of the first logo, the two later logos both use a bold uppercase sans serif font, a modified version of the Avant Garde Gothic typeface. The Max logo will add its own unique touch to the logo’s font.

This early logo spells out “Home Box Office” rather than offering it as an acronym. The font is Westinghouse Regular, which is the only HBO logo that contains this font. Beside the words, and utilizing the blank space next to “Box,” there is a ticket stub. Surrounding the outside of the words and a ticket are three loops of closely placed together circles.

On May 1, 1975, the new HBO logo made its debut. Like the one that will follow this logo, it utilizes a modified version of the Avant Garde Gothic Bold typeface, and like the others, is in black and white. However, instead of spelling out “Home Box Office” as the previous logo did, this one stays with the acronym of HBO. The “H” stands apart from the “B” as well as the “O.” The “B” appears to stand in the background behind the “O” which has a circle in the middle meant to resemble a camera lens.

In April of 1980, the most recent example premiered. This logo is in black and white like its two predecessors, and it uses the modified Avant Garde Gothic Bold typeface as the previous logo did. Also, like its previous logo, the “H” in this one stands on its own while the “B” and the “O” are connected to one another. The letters have also been narrowed so that the space between the “H” and “B” is larger, and the camera lens within the “O” also has more room.

These changes all create a logo that is even cleaner and yet more memorable. While the former logo had a “B” that was slightly obscured, it was sometimes taken to be an “E” rather than a “B.” While this may be difficult to imagine if viewing the logos up close, but with a bit of distance, it becomes more challenging to determine what letter the “B” is when the “O” is obscuring it.

HBO Max is a streaming service created by HBO. It includes HBO’s original content and a large library of material through WarnerMedia.

Before the official launch of HBO Max, this logo appeared on social media as an announcement of the new platform. However, this logo would not be the one HBO would officially go with. This logo features the black HBO logo enclosed inside a multicolor rectangle that sits atop the word “max” in all lowercase. The font of “max” is a rounded one and appears in a blend of teal, violet, and magenta.

Like the earliest HBO logo, this one is much more complicated than it needs to be. The rectangle holding the HBO is unnecessary, and the “max” is far too large compared to the HBO logo’s size. The oversized “max” makes it clear that the platform will favor the programming outside of the HBO scope. The font for the “max” is also too rounded on this one. With the HBO font being so bold, the rounded letters feel out of place.

When HBO Max actually arrived in 2020, the logo utilized the long-established HBO logo and added the word “max” to it. While the HBO is in black and white, the “max” is a mix of purple and ultramarine blue that blend and swirl into one another. The typography is Gilroy and is in all lowercase letters.

This version of the logo is much more balanced than the one teased before the platform launched. Sitting beside the black HBO logo, the “max” looks whimsical and exciting, representing a new way of watching television. They complement one another well without overwhelming the viewer. It is clear from the logo that “max” is bringing something new to HBO, but it will complement rather than overwhelm the platform. The Gilroy typeface is also a perfect choice here because it is a rounded font, but it also has corners to reflect the bold typeface of the original logo.

Even though it seemed the platform was doomed to failure initially, HBO brings television programming to a whole new level for their audience. They’ve also significantly impacted the comedy scene with stand-up specials and even shows devoted entirely to comedy.

As HBO continues to create content with rich characters and compelling storylines, viewers will continue tuning in. It may have provided a proof of concept that premium content works, but now HBO has plenty of competition. As a result, they will continue to evolve as the television landscape continues to change. The development of a platform like HBO Max shows that they are willing to do that. The fact that their logo is just as striking and modern today as it was in 1980 shows that it is a logo that can endure. Not only that, but it acts as a solid stem from which to add more services. 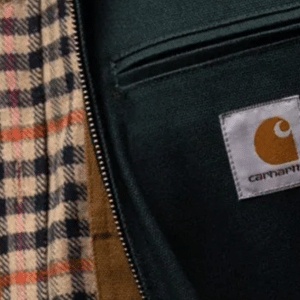 The History Of The Carhartt Logo 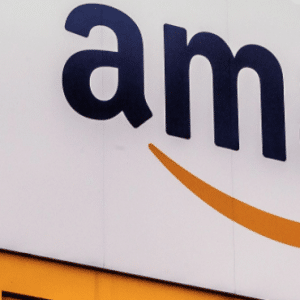 The History Of The Amazon Logo 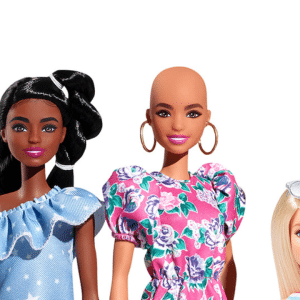 The Barbie Logo and Its History 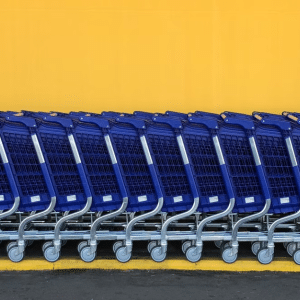 The History Of The Walmart Logo and The Company 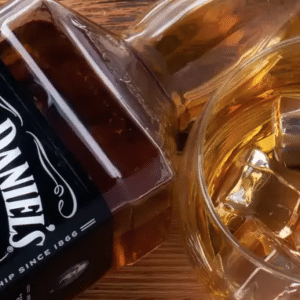 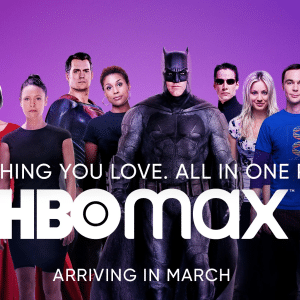 The History Of The Carhartt Logo
When it comes to a brand you can trust, you don’t have to look any further than Carhartt. Since the brand first came on the scene in 1889, Carhartt has ...
The History Of The Amazon Logo
When it comes to online sales there is one company that consistently stands out from its competition. We probably don’t need to tell you what company we’re referring to but ...
The Barbie Logo and Its History
When you hear someone talking about fashion dolls, no doubt the first image that comes to your mind is the iconic Barbie doll that’s been adored by so many generations ...