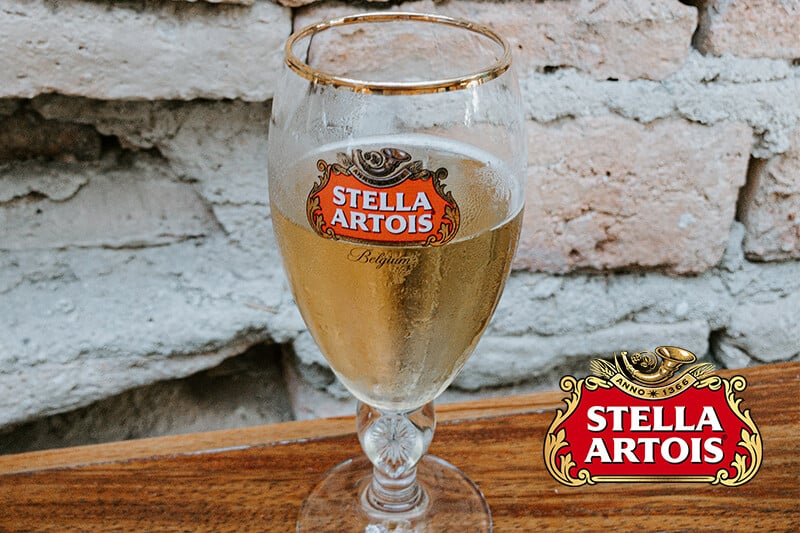 We tend to think of logos as a new invention. In fact, some logos are centuries old and profoundly express a business’ traditions and history.

One of the oldest logos is that of Stella Artois.

Now the world’s best-selling Belgian beer, Stella Artois enjoys distribution in more than 80 countries. Since the early 20th century when the brand was ﬁnalized, the Stella Artois name and distinctive symbolism have assured beer fans that they are enjoying “Belgium’s original beer.” But the origins of this logo hearken back to the brewery’s origins in the 14th century.

The Origins of the Name

The Stella Artois brewing tradition began in the 14th century — 1366 CE to be precise. It all started with the Den Hoorn brewery located in Leuven, Belgium. (A building still stands on the original grounds.) Sebastian Artois, a member of the Leuven Brewer’s Guild, purchased the brewery in 1717 and renamed it after himself.

The Artois Brewery gained a reputation for distinctive, delicious beer. In 1926, when they released a Christmas ale, as is now common among breweries, they added “Stella” (Latin for “star”) to the name.

The “Stella Artois” seasonal name stuck, and the brewery reﬁned its modern name and brand, which mixed together elements of the brewery’s achievements.

According to Stella Artois’ website, the horn has remained a powerful symbol of its brewing tradition, even after the brewery’s many changes in name and management over the centuries.

When the Christmas ale debuted in 1926, the beer was released as “Stella Artois.” The inclusion of the star was a reference to the Christmas Star important in the Christian tradition. To dress up their logo for the holidays, Brouwerij Artois added a star to their logo as well.

The beer was so popular that it became a year-round release. In 1930, it expanded into the broad European market and established Brouwerij Artois as a major brewery.

The brewery rebranded to match the name of its most popular beer. Now, the star adorns the logo with the words “Anno 1366,” meaning “the year 1366.” Despite the 20th century origins of the new name, the brewery wants to remain connected to its 14th century roots — and it works.

Stella Artois has gained a powerful reputation for being an ancient beer, and indeed, all reports indicated that its recipe has remained relatively unchanged (except for a drop in ABV).

When the Stella Artois name emerged in the 20th century, the logo reﬂected this ﬁnalization of the brand. Although there have been slightly different designs throughout the century, all variations include a wordmark, the horn, and the Christmas star. Sometimes, the star and horn have been combined into a graphic element; sometimes, they appear separately at the top of the cartouche. These elements are crucial to deﬁning the brand and its origins at the Den Hoorn brewery.

Most versions of the logo include red and gold coloration, the cartouche, the “1366” reference, and a tagline. Both “Belgium’s original beer” and “Best Belgian beer” have been used as taglines. Despite these variations, the logo is quite recognizable thanks to the pervasive horn and star elements.

Interestingly, Stella Artois is not as popular or distinctive in Belgium as it is as an export.

Still, the Stella Artois name is well-known and nearly inextricable from its distinctive red logo. It’s a testament to the power of good branding that incorporate a company’s traditions and history.

Stella Artois’ logo is a brilliant blend of subtle symbolism and distinctive visual elements that makes it instantly recognizable. Now that’s a logo design that lasts.