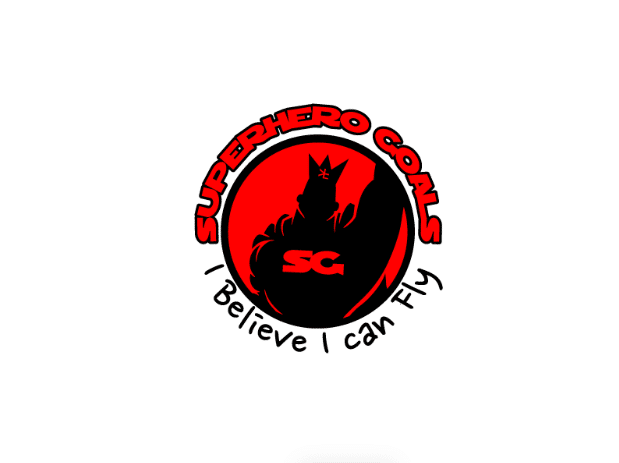 Crafting a custom logo is no easy feat. When it comes to designing the face of your company, many of us are left trying to tackle something we aren’t as skilled in. But with Hatchwise, that doesn’t have to be the case.

Hatchwise works with clients all over the globe who are looking for help creating their brand’s logo. After filling out a creative brief describing the design vision, Hatchwise’s team of creatives from all over the world will get to work on designing. The only job you’ll have is choosing your favorite logo design.

Superhero Goals is one of the many clients Hatchwise has recently worked with. After submitting a creative brief, Superhero Goals received countless submissions that all provided a different design angle. Learn more about Superhero Goals’ experience below.

What was born after that was Superhero Goals, a company focused on inspiring youth to tap into their inner superhero talent to help them reach for the stars.

As Superhero Goals started their logo contest, it was important to capture all of this in their logo design. Unlike other brands that have a vast audience, it was important for this logo design to appeal to the brand’s target audience, the youth. Superhero Goals was looking for a logo that could be used across a variety of marketing channels from online, print, merchandise, to signs. The company was also looking for a color scheme that used colors of confidence and power and the only creative direction the brand provided was that the brand liked something like an “Air Jordan” symbol wearing a cape and crown.

With all these details, and a slogan of “I believe I can fly,” Hatchwise’s creative team was well equipped with all the inspiration they needed to get to work.

Superhero Goals was provided with 75 entries to choose a winner from. Check out some of these top entries (and the winning design) below!

This entry used a color that often is associated with Captain America, blue. The figure is standing proudly with the strong phrase “Power Moves.” The logo fully captures what was outlined in the creative brief and is written in bold font. The client asked for a logo that resembled the “Air Jordan” symbol with a cape and that’s exactly what this designer did.

This logo appeals to the target audience, the youth demographic. The usage of the child wearing a cape as the central image showcases how this brand is focused on a younger audience. The font is a friendly, child-like font and all the colors used were strong choices. The wand in the child’s hand highlights how the child is using his inner power. All the elements tie back to the creative brief.

This design included similar strong, powerful colors as other designs, yet it provided a completely different option for the client to choose from. The center of the logo resembles a superhero crest that looks like a crest from some of our favorite superhero films we know and love. The word “Superhero” is written in a powerful bold font and is the focal point of the design.

While this entry may not be the winning entry, this designer took the client’s love of the “Air Jordan” symbol to a new level. This entry included this figure with a basketball, wearing a cape and a crown. The figure’s arm is in the air, reaching for his superhero powers. Beneath the emblem is the brand name in a fun, powerful font, along with one of the company’s taglines, “Power Moves.”

Ariyanto’s design neglected to include a figurine, yet it was still a top contender for the client. This design was written in a bold font, that was also youthful. The center of the logo is a superhero crest with the initials “SG,” which resembles many of the superhero emblems we are familiar with. Like other logos, this designer chose two powerful color choices, red and yellow, to bring the logo to life.

The color scheme of this entry is like other logos, yet the design is entirely different. This designer opted to include a superhero figurine; however, this figure looks different than an “Air Jordan” character. This provided the client with a different superhero design to see what they may prefer. The designer also opted to include the brand’s other tagline “I Believe I Can Fly,” so that the client could see how that tagline looked when incorporated.

This top entry used space in a new way. The emblem in the center is a bold, sharp “SG” which is used to incorporate other aspects of the logo design. The superhero is depicted flying through the left-hand side of the logo. The word, “Superhero” is written in the center of the “S” and the word, “Goals” is written through the center of the “G.” Between the two words is a thunderbolt which symbolizes how the brand is focused on helping youth find their special powers.

This logo design stands out because of the figure’s powerful stance. The outline of the figure is bold and the addition of red to the superhero’s features, and logo name, adds color. This designer also opted to include the other tagline “I Believe I Can Fly,” which feels fitting for this design entry.

What makes this logo is different are two things. The first is the color scheme. While other designers decided on reds, yellows, and blacks, to bring their logos to life, this logo settled on a blue color scheme. The second thing that makes this logo different is the overall aesthetic. Other logos opted for whimsical elements showcasing a superhero, but this logo decided to choose elements that made the logo feel more professional. The designer created a crown on top of the brand name to help convey the brand’s message but ultimately this logo is far more professional and for an older clientele than other entries.

This may not have been the winning entry, but it stood out due to its different features. In the center you’ll find a “thumbs up” and above that is a crown. The font choices are youthful, and the color choices are strong and powerful. The use of the hand gesture rather than a superhero figure allows for the client to compare different logo designs.

As noted above, Superhero Goals received over 70 entries before awarding a winner. This design by 3PULKILL was chosen as the winner and the designer was awarded $50.

This winning design had several features that made it stand out. In the center is a black outline of a figure with a crown and emblem on the figure’s chest. Above that, written in a bold, strong font is the brand’s name. Below the figure, written in a youthful font like a “comic sans” typography is the brand’s tagline “I Believe I can Fly.”

This final design captured everything outlined in the creative brief and is versatile for a variety of marketing mediums for the client to use.

Check out other Logo Design contests:

TIMBER CHIMES – A new company that wants to incorporate nature and our chimes into its logo and brand name.

As I See It (Podcast) – Dr. Jeff Kegarise is a leader in the eye care industry and is launching this podcast to offer patients more education and to discuss the patient experience. He needs a new logo for his podcast.

Taps Beer Reserve – Taproom that serves craft beer, cider, wine, and food. The target audience is 30-50-year-old white and blue-collar males. Looking for a stunning new logo for our taproom.