Famous Superhero Logos
What Are The Best Website Hosts?
The Top 10 Female Entrepreneurs Of 2020
Cryptocurrency: Hot Trend or Here to Stay?
Reasons Why TikTok Is So Successful
The Ultimate Guide To Social Media Marketing For Beginners 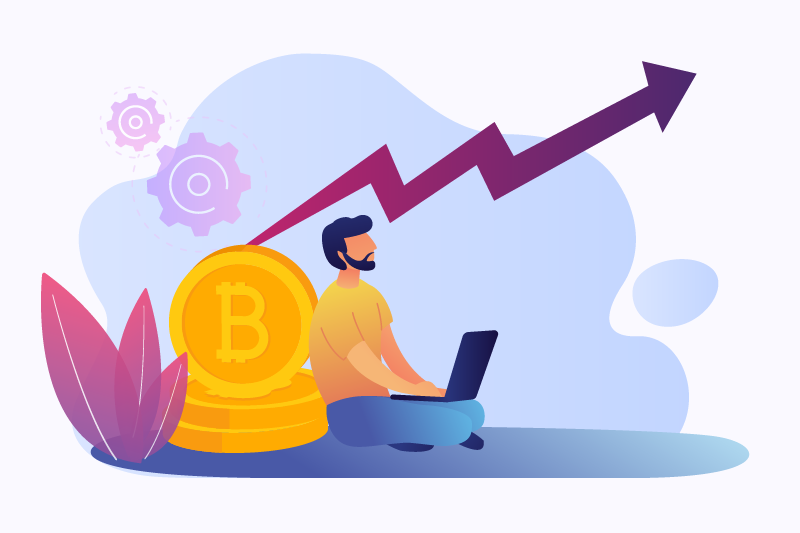 You’ve heard of bitcoin, but is it going to be your preferred method of payment in the future? Since cryptocurrency’s inception, it has gained an excited following of proponents who hope to see it replace traditional currencies.

Because cryptocurrency enables easy, anonymous transactions, it’s quite appealing to consumers who are skeptical of government-backed currencies. It’s also notoriously difficult to counterfeit and is based on a finite resource, not unlike the gold standard that used to drive modern currencies.

Unfortunately, those same benefits can lead to increased fraud and crime in digital transactions — and trying to solve those problems brings us back to square one. The question becomes: do the benefits of cryptocurrency outweigh the risks? Do we really need to abandon fiat currency? Is it worth investing in bitcoin? And will there ever be a truly global currency?

Cryptocurrency, such as bitcoin, has become a popular form of paying for digital services, and its proponents eagerly promote it as a way of escaping the limitations of traditional currency. Some believe that it will eventually replace all physical currencies, becoming the sort of globalized “units” that we see used in sci-fi movies. But is cryptocurrency actually the future of currency, or is it a trend that lacks sustainability? Let’s take a look.

In a nutshell, cryptocurrency is any form of currency that is distributed across ledgers (i.e. blockchain technology) and typically has no physical form. It works by transferring records of ownership from one party to another through encrypted databases, hence the name. Unlike traditional currency, it is not issued or controlled by a central authority, e.g. a government. Cryptocurrency’s decentralized approach makes it appealing to people who would like to purchase goods and services on a global market, unfettered by traditional currency or troublesome exchange rates.

Not unlike the U.S. stock market, the value of cryptocurrency can fluctuate in a relatively short time due to shifts in investor demand and ownership. By contrast, traditional fiat currency receives and maintains its value through government control. While there is a static amount of cryptocurrency, the amount of fiat currency can change, e.g. if the government prints more money.

Proponents of cryptocurrency often express concern about the continued use of currency that’s tied to a government. It’s not uncommon for governments to print too much money, driving down the value of the dollar and causing inflation. Because most modern currencies don’t rely on a stored commodity such as gold, there’s nothing backing the value of the money besides a promise from the issuing authority. Fiat currency demands that its users place trust in this authority. That’s why skeptical consumers are turning to cryptocurrency, which they call “trustless.”

Cryptocurrency also seems more transparent to users, because the rules and structure of its creation are openly declared. All transactions are stored in decentralized ledgers rather than existing in any one institution’s records. By contrast, fiat currencies may change in value due to government intervention, and the centralized approach means that international transactions take much more time to process — if at all. Indeed, cryptocurrency is notoriously fast and easy to use, and thus is very attractive in Internet transactions.

What are the Problems with Cryptocurrency?

While cryptocurrency sounds great in theory, there are some problems that have swayed investors’ confidence and prevented cryptocurrency from taking over the global economy.

Some cryptocurrency advocates have proposed a hybrid model in which the currency would be backed by assets with objective value. For example, bitcoin could be based on fiat currencies or even gold. The problem with this approach is that it’s reinventing the wheel: if modern currencies have to back cryptocurrency, we may as well use modern currency. And basing it on a physical asset such as gold would contribute to the same problems we experienced with gold-backed funds: the potential for unstable economies due to a finite resource.

Among the biggest problems with cryptocurrency is that it’s quite easy to use in fraudulent transactions or cybercrime. Indeed, its untraceable nature makes it appealing for hackers who extort victims for money. By avoiding fiat currencies in favor of traceless currencies, consumers could be fending for themselves in the case of theft or fraud.

Will Cryptocurrency Have a Place in the Global Economy?

The cap on cryptocurrency is years away, and as an emerging market, there’s still potential for investors and consumers to generate crypto-wealth. And because cryptocurrency is difficult to be counterfeited or laundered, it will likely remain an attractive option for international consumers. It may also help nations with weak, unstable economies, especially if the issuing authority is subject to fall. Citizens of those nations may benefit by growing wealth with bitcoin, for example.

In short, it’s too soon to tell what role cryptocurrency will have in the global economy. It’s likely not going anywhere anytime soon, but it may not replace fiat currency on a large-scale as its proponent’s hope. There is also no guarantee that the cap will ever be reached. However, the model is quite intriguing for its potential to help consumers conduct easy transactions in an increasingly digital world.