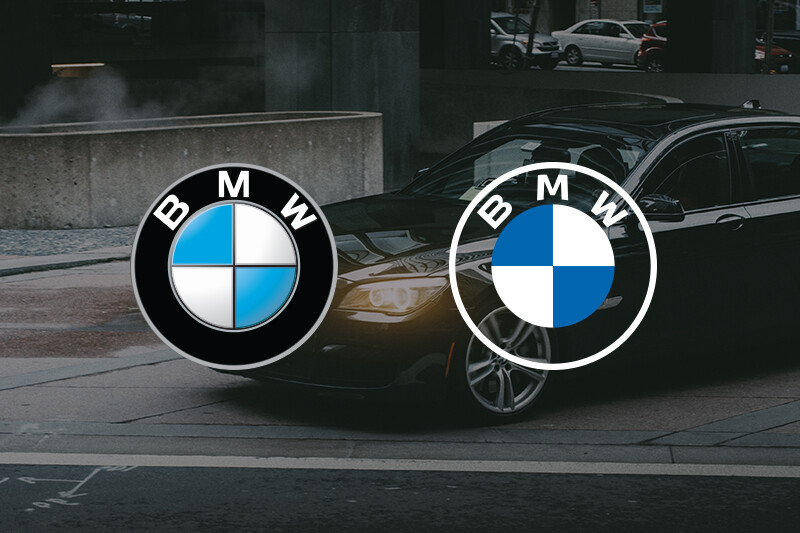 BMW is making the most radical change to its branding since the first initial logo appeared in 1917. This is only the fifth time that the logo is getting a redesign since its first appearance and the pressure was on for the BMW branding team to show us something new and amazing. Although the change was greeted with excited anticipation, the media has quickly taken to criticizing the logo.

When a company makes major changes to its branding, especially its logo, and when having gone so long without a change, the public expects something stunning. It’s not an overstatement to say that the public was a bit disappointed (and surprised) at what BMW’s branding team came out with.

While some aspects of the logo have been seen as a positive update, many others have been viewed with distaste. Two major changes were made by BMW’s branding team, one being a much-needed update while the other being not as great.

For starters, they’ve decided to ditch the outdated 3D effect of the old logo, choosing to revert to a flatter and cleaner look. Gone are the old shading effects, leaving a simpler logo in place. This change was not only a necessary one but also leaves the logo with a more modern and classy look. This keeps the logo more in tune with today’s logos and ensures that it looks updated.

The second major change to the brand wasn’t greeted with as much enthusiasm. This is where the criticism began. BMW’s iconic black outer ring has been removed, completely leaving the outer ring of the logo transparent. There have been mixed views on this, some saying that the transparent background is a fresh and classy look, while others think that someone in the branding team screwed up. They think that BMW has removed what makes their logo so iconic and that the logo will get lost in branding.

What Does This Change?

Without the black outer ring included, it gives the feeling that something is incomplete; that the logo is halfway done or missing something. The logo has drastically changed from what was an elegant and iconic statement, to disappearing in branding. By making what used to be branded black transparent, the logo will now take on whatever color car it’s branded on.

The company is now forced to rely on simply the inner circle to stand out and be recognized. The old logo stood out on branding and you may have once been able to recognize it even from a distance.

But now the company has made its branding far less recognizable. The outside ring will change the color of the logo based on what it’s on. The company is now counting on the inside element to stand out, which may not be their best move.

The reason that the design universe hasn’t seen many of these logos, with clear, transparent backgrounds, is a good one. Many companies still use white on their websites, signs, and other branding aspects to have the text stand out. With a transparent background, the logo will blend in with the rest of whatever it’s on, making it nearly impossible to stand out.

So far, we haven’t heard the news from BMW on when we should be expecting their new logo to appear on cars. However, we have seen it appear on their website and social media platforms, giving us an idea of what the future holds for the company in the branding aspect.

Although we have yet to see it appear on any vehicles, what we’ve seen of it online isn’t appealing. The logo tends to get lost on the website, blending in with the rest of the site. Seeing as it’s already appeared across the internet, we’re guessing it’s only a matter of time before the company has it the hoods of new cars.