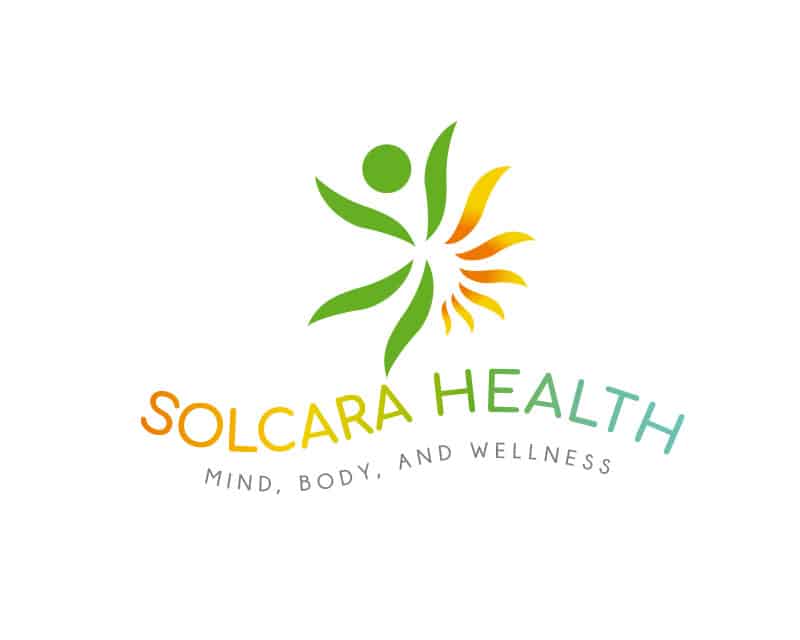 One of the best things about working at Hatchwise is that we get to geek out over great designs all the time, and it never gets old. This contest was a particularly good one and we wanted to showcase some of the great designs that were submitted.

The contest is for Solcara Health, a company that focuses on alternative, functional medicine located in Maui, HI. The client offered $150 as the contest prize. They were hoping to get something reminiscent of the movement of the ocean waves, the sunrise, and some bright vibrant colors (although no particular color scheme was specified). They also had a vague idea of a possible slogan, but as you will see the designers got to take some creative license with that as well.

In the end, the client received a whopping 233 entries for their contest. The following is a list of entries that stood out to us, and is entirely subjective and more or less random. However, that has not prevented me from listing them in a top ten format, with the winning entry showcased at the end. So let’s begin:

There’s a lot going on here, so let’s unpack it. We’ve got the suggestion of waves with the swooshy lines as well as a wavy sun setting near the S. Colors are vibrant but also mellow in kind of a cool retro way. The ‘C’ in Solcara looks like a person, and the font for the word ‘Health’ is a cursive script. The tagline here is actually one that was suggested by the client, so the designer has included it as is.

But again, there is a lot going on here. When it comes to great, brandable design, the universal rule tends to be that “Less is More”. So while I applaud the effort in creating these different elements, I’m not sure they should have all been used at once.

This entry is simple and playful. Only two colors, two fonts, and a cute sunrise. The logo does not contain a slogan. Perhaps it can be argued that it doesn’t make you think of health and wellness, but regardless, it’s an image that would look good emblazoned across a T-shirt or ballcap.

Here is another playful design featuring a bright sun and some movement in the form of birds and/or waves. It also includes the suggested slogan across the bottom.

This design is different from what we’ve seen so far, but we still see some of the elements the client requested. The round shape is reminiscent of the sun, and the colors are vibrant and interesting. The tropical flower gives a flavor of Hawaii. The designer also came up with a succinct slogan which is written across the top. This would look great as a label for personal care products or smoothie cups in my opinion, although this is not what the client said the logo would be used for.

This design also uses the round shape, with text bordering the outside. There is a sense of movement within the circle like the waves of the ocean. The earth, sea and sky are all represented. Again, the round shape looks great as a sticker or label. The client intends to use the final design online and in print and signage.

Here we have another circle design, but this time the circle is actually the ‘O’ in the company name. There are lots of different elements at play in this one. The sun, the waves, green leaves, an abstract rendition of a person, and even a slogan are all there. I do wish they were not hidden away inside one letter. This may do well on a large scale like a sign or billboard, but it may look too cluttered on a brochure, website or product label.

Here is another contender in the round image category, but this time the text is in a linear format beneath the circle, which makes it versatile and scalable. The image features bold colors and depicts the sun and sea in a way that is reminiscent of woodcut art or printmaking.

While there isn’t a variety of colors here, the various shades of yellow in the flower, as well as the drawing of the palm tree at the top of the ‘l’ in the name, manage to make us feel carefree, breezy and tropical anyway. It’s a creative yet simple logo, and it would look good anywhere.

There is a lot of movement in this design, and the artist tastefully used abstract images to suggest warmth, waves, plant life, and humanity. Also, I’m not sure if this is what the designer was implying, but I can’t help but see a yin-yang symbol in the sun as well, which makes it a great design for a holistic health and wellness company.

And the Winner Is…

This design is the one the client chose in the end. There is a rainbow of color here, but the tones are somewhat subdued. There is a stylized image of a person blended with the rays of the sun, which is such a cool idea from the designer. In the end, they went with the other slogan that was suggested by one of our creatives, rather than their original idea. The whole design is full of movement and vibrance. All in all an excellent choice!

I hope you enjoyed looking at these designs as much as I did. One of the perks of having a logo designed with Hatchwise is the sheer number of high-quality designs you can choose from. This particular client ended up with 233 designs to choose from and awarded $150 to the winning designer.

PrevLogo Design Case Study: Fictionera
Featured Logo Design Contest: Eighteen25 RanchNext
© 2008-2022 geekface LLC
Manage Cookie Consent
We use cookies to ensure you get the best experience. If you continue to use this site, we will assume that you are happy with it.
Manage options Manage services Manage vendors Read more about these purposes
View preferences
{title} {title} {title}