Home / Blog Posts / From Designer to Wood Maker: The Story Behind Michael Osborne 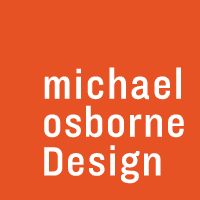 From Designer to Wood Maker: The Story Behind Michael Osborne

“It’s a good thing you’re such a good designer…you can’t do much else.” When someone said this to Michael Osborne, Michael was determined to prove this person wrong in his retirement. After closing Michael Osborne Design three years ago, Michael decided to take up woodworking. What he found was that much of his prior design skills were transferrable to this new field of art, so he began to teach himself how to carve spoons, knives, and other home products.

As a designer, Michael still saw things through an artistic lens, and since he already saw the beauty in wood, the design part came naturally to him.

What has been responsible for Michael’s success in his new venture are the same values he exhibited while being the face of Michael Osborne Design – hard work, hard work, and more hard work. He knew that if he started each day with this value in mind, anything was possible. That is what has kept him going since 1981 when he first started Michael Osborne Design, and what has kept him going with his new retirement endeavor. Michael shows up to his woodshop every day, demonstrates the same hard work he embodied for 36 years and aims to learn something new with each project he tackles.

With his woodwork, Michael is starting a new chapter in his book of life. This is a book that already has numerous chapters. Michael has served in Vietnam, received his undergraduate degree at Art Center College of Design, earned his MFA at the Academy of Art University, taught Advanced Package Design at his alma mater for 27 years, was the recipient of the AIGA Fellow Award, has spoken at numerous design conferences and schools, and first started his successful design firm back in 1981.

At Michael Osborne Design, Michael always kept his office small, focusing on quality over quantity. He only ever had at the most, 15 team members consisting of designers, project managers, production managers, accountants, sales professionals, interns, and more who all kept his design ship sailing. Michael saw his team as his family, never hiring freelancers, and often sourcing designers and interns right out of the classroom. He was focused on finding a brilliant team that pushed him and he had the mindset that with the right people in the right jobs he could get amazing work done if everyone worked hard together as a team.

Some of this amazing work includes designing stamps for the USPS, the first being a Love stamp in 2002. His design work is also featured in the permanent collections of the San Francisco MOMA, the Cooper-Hewitt National Design Museum, and the Smithsonian National Postal Museum in Washington, D.C.

Even though Michael is on his second career now, he is a walking example of how powerful it can be to work in a field you are passionate about. No matter what career path Michael has gone down, he has been sure to choose one where work never feels like work. Instead, work is his passion. Michael spent his workday doing something he loved for 36 years, while other people were slaving at an office just waiting for the clock to hit 5:00 p.m.

Outside of his wood-making shop, Michael enjoys relaxing at any of San Francisco’s numerous beaches between Half Moon Bay and Santa Cruz, exploring wildlife, and taking in San Francisco’s stunning views that still serve as his inspiration. In his new woodworking journey, Michael has been able to connect with wood makers across the world through his Instagram, @michael0250.

See Michael’s work for yourself by visiting any of the below:

Are you in need of a designer for your business? Launch a creative contest with Hatchwise to have access to an entire community of creatives who will give you DOZENS of options for a logo, website design, or any other creative need!