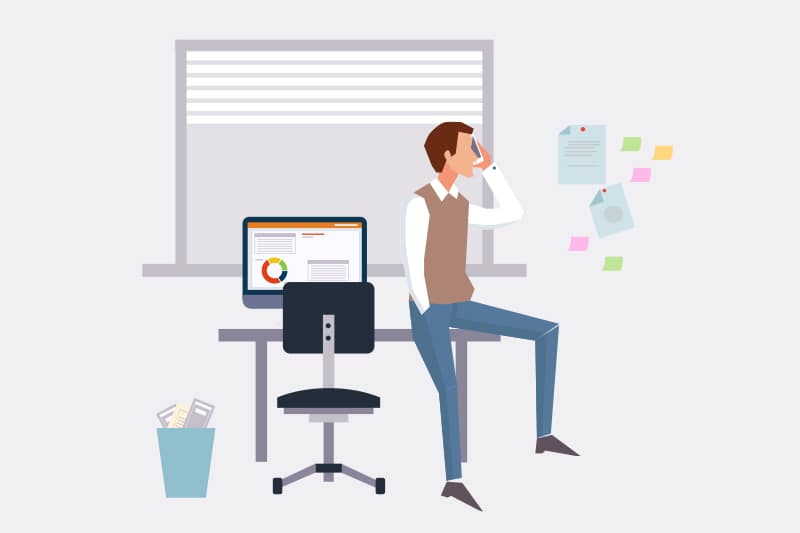 Finding The Value In Negative Criticism

No one likes to be criticized. It’s never fun to be told that you’re doing something wrong or that your work isn’t up to snuff. When someone we know personally criticizes us, that usually hurts the most because we know that person and will most likely see them again.

We often face criticism in two places: in our professional lives and on the internet. When our boss or coworker criticizes something we do, it’s our job to take that criticism – if it’s valid. However, when someone we don’t know criticizes us online, that’s a different story.

If you’re not sure what to do in the face of criticism, no matter what area of your life it’s coming from, you should make sure the criticism is valid before deciding what to do.

Determine The Cause and Validity Of The Criticism

Let’s say you turned in a logo idea to your boss. If your boss responds by saying, “This is trash,” then that’s unhelpful negative criticism.

However, it’s coming from a very valid source: your boss. In this situation, even though the negative criticism was unhelpful, it is still valid.

If you were to show that same logo design to a coworker who said, “This is trash,” and nothing else, then that is both invalid and unhelpful negative criticism. When the critic cannot explain the reason for their criticism, then it’s a sign that there’s a different motivation (such as envy) at play. Your work might not deserve criticism after all.

However, if the criticism is specific and accurate – for example, “Your logo design looks too similar to the old one. We’re trying to go in a new direction” – then that’s valid, positive, helpful criticism. You should take it and apply it in your re-design.

Whenever you receive criticism, you should think about:

Keep these four factors in mind when you’re determining the cause and validity of the criticism.

If you’ve thought through the situation and determined that the criticism is invalid, then you should take several steps.

However, if the criticism can potentially negatively affect your reputation, then you should ask the critic to have a serious conversation. Try to influence them to change his or her evaluation of you or your work.

in general, the best thing to do when you receive negative criticism is to respond to it and then ignore the critic. Don’t let the critic think that they can get away with saying negative things about you with no consequence. Make sure you respond, and then ignore any further responses that come from the critic.

Valid criticism can be tough to swallow, but it’s important to learn how. In our earlier example, if you know your boss is right and that your logo design is too similar to the original, then it’s time to take that criticism to heart.

Embrace valid criticism. Ask for more details about what you can do to improve. Take it as a positive step that will help you improve as a person and in your work.

However, embracing criticism is easier said than done. Accurate, valid criticism can be tough to acknowledge and accept, especially when you’ve poured your heart out into your work. You should remind yourself that you’re still learning and trying your best. Maybe that project wasn’t your best work, but you’ll do better next time, because you’re learning from the criticism.

If you received your criticism online, then there can actually be advantages to it, even though it might not seem like it at first.

For example, if you’re a restaurant owner who receives a negative review, it might end up helping your reputation. If you only receive positive reviews, it can make it seem like things are too good to be true. A negative review helps with the trust factor.

Also, negative reviews sometimes contain keywords that can help you rank in search engines. Lastly, it’s great to have an opportunity to prove the critic wrong. Show the world how little the critic truly knows.

Remember: if you receive negative criticism online, never engage in a lengthy battle with the critic. Respond once, say everything you need to say, and then let it go.

Don’t focus your time and energy on just one commenter. Don’t let your feelings get the best of you. Keep a cool head and say everything you need to say in your one response.

Lastly, if the critic is right, then you need to take that criticism as gracefully as you can. Once you’ve learned from the criticism and fixed the issue, it’s time to move on.

Never let one negative comment ruin your day or get to your head. At the end of the day, always try to learn from helpful and valid criticism, let everything else go, and keep doing your best work.