PrevWhat Is The Difference Between A Slogan And A Tagline?
The Ultimate Guide To Social Media Marketing For BeginnersNext 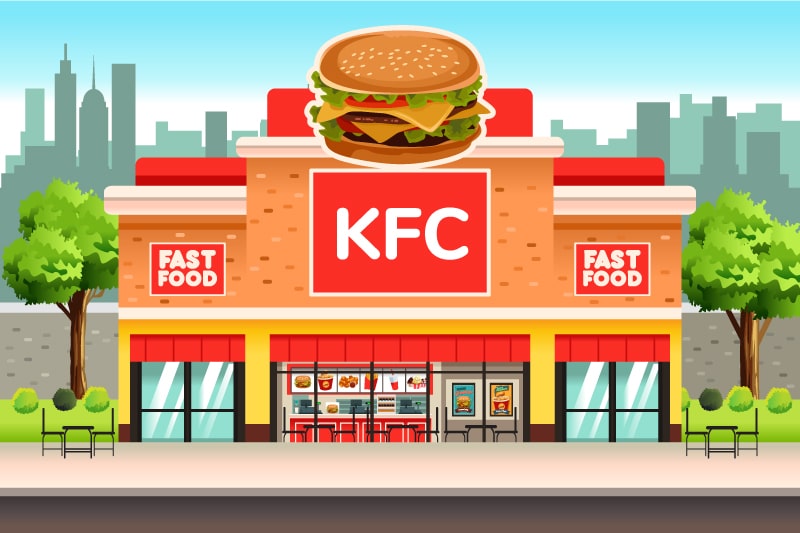 How KFC Was Made from a Gas Station Chicken Recipe

Chances are you’ve tried and loved Kentucky Fried Chicken a time or two
in your life. Who doesn’t love the crispy goodness made from a secret
recipe of 11 herbs and spices? Well, it turns out that there is the storied history behind Kentucky Fried Chicken and the success of the multi-billion dollar, the worldwide company started in a little gas station in North Corbin, Kentucky.

Where did Colonel Sanders’ secret recipe come from? How did Harland
Sanders take his small rural gas station operation and turn it into one of the
most successful fast-food franchise in the world, that has more than 23,000
franchise across the globe today? What’s left of the original KFC today?

We will explore all of that in our article as you take a little trip back in time
with us to Highway 25 in North Corbin, Kentucky, to a place called the
Harland Sanders Café.

These days it’s hard to drive through any town without seeing at least one KFC restaurant. The ‘finger-lickin’ good’ chicken has been a staple in American fast food cuisine for decades now, and for good reason— it is finger-licking good!

But where does that famous, delicious recipe come from? You may be surprised to find out..it was born in a gas station.

It started way back in the 1930s when Colonel Sanders, who went by his name Harland Sanders back then was running a gas station in Kentucky, of course. He started serving up some homestyle meals for his hungry gas station customers at his own table, to make some extra change. Soon enough, the word had spread about the delicious gas station fried chicken, and customers from all over the country would find themselves lining up at the gas station along Highway 25 in North Corbin, Kentucky to get a taste of what Sanders was cooking up.

Eager to feed more customers than his kitchen table could handle, Sanders moved the restaurant out of his home and into the Sanders Café, which was able to accommodate 142 customers. With more space and a growing demand, Sanders started toying with his fried chicken recipe. Soon enough he had come across those now world-famous 11 herbs and spices and threw them into his fried chicken recipe.

It didn’t take long before Sanders Café became the go-to destination for people in search of the perfect piece of fried chicken. Unfortunately, Sanders Café was destroyed by fire just two years into its growing
success. But, Sanders was not deterred. Instead, he rebuilt and added on a motel onto his new restaurant. The business was booming and Sanders was serving up fried chicken to delighted customer after customer until Interstate 75 was finished.

Suddenly, the new highway bypassed Sanders Café turning it from the main attraction to an off-the-beaten-path destination. Sanders was forced to sell the restaurant come 1956. But he wasn’t done delighting people with his secret fried chicken recipe, this was just the beginning. Soon he started selling franchises of his new restaurant called Kentucky Fried Chicken…and the rest is, well, history.

To this day, the Harland Sanders Café is still open in Corbin as well as its original 1940s furnishings and the original pressure cooker that Sanders made his first batch of “Kentucky Fried Chicken” in, called Bertha, sits in the kitchen.

PrevWhat Is The Difference Between A Slogan And A Tagline?
The Ultimate Guide To Social Media Marketing For BeginnersNext
© 2008-2022 geekface LLC
Manage Cookie Consent
We use cookies to ensure you get the best experience. If you continue to use this site, we will assume that you are happy with it.
Manage options Manage services Manage vendors Read more about these purposes
View preferences
{title} {title} {title}