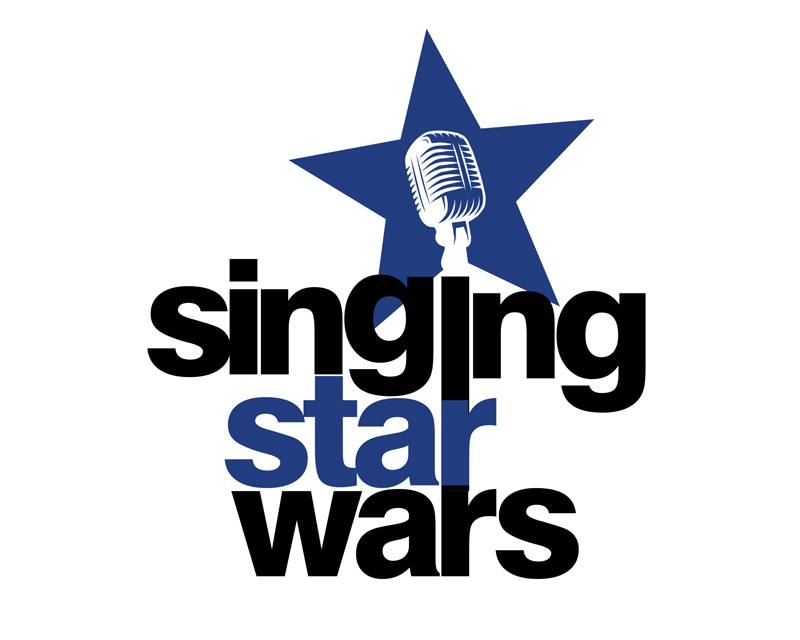 Congrats to 2020creatives for submitting the winning entry

We are a company that conceives and produces television show concepts. We need a main title design for a spec-show that we are producing titled "Singing Star Wars". We would like to be very clear that this is not based on or has anything to do with the franchise Star Wars. This is not a movie or has anything to do with scifi. Imagine the title being Singing Star Battles. Celebrities will compete head to head in singing wars. We are not looking for a Star Wars rip off logo. Anything submitted that is derivative of the franchise Star Wars will be immediately discarded. We may accept parody but nothing derivative. The basic premise is a reality stage show with celebrities going head to head in singing wars. We are looking for something that pops, has texture, depth and tells the story of the show. The story of this show is celebrities competing head to head in comedic singing games.