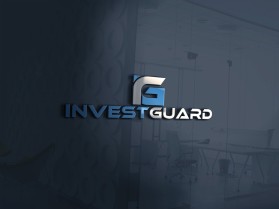 Congrats to T2T for submitting the winning entry

InvestGuard minimizes risk and maximizes the reward for buyers and sellers going through the mergers and acquisitions process. By issuing trust scores and providing an AI-enabled marketplace, InvestGuard brings transparency to an industry that is used to doing everything on a handshake. It allows parties on both sides of the table to build relationships built on trust. InvestGuard operates like an eBay for the sale of $10 million-$100 million companies.

1) Private Equity Firms (buyers) - This group has money to spend, and they are looking for an efficient way to find deals. Currently, they're relying on word of mouth, and everyone's finding and bidding on the same 10% of deals, which is driving up that cost. Having an exchange like this with deals already under LOI and vetted, would save them tremendous time.

2) Family Offices (buyers) - These buyers often are the ones providing the Private Equity funds with their money, but sometimes they want to avoid paying fees and go straight to the buyer. They are risk-adverse and they don't know how to find deals.

3) Independent Sponsors (sellers) - These individuals often work with a broker to try and sell a company. But they are responsible for bringing the money to the table, and once they've signed the letter of intent, they have a limited time (90 days) to raise the money and find the buyers or else they'll lose the deal. Having an exchange like this where they can list a company and have access to people ready to do deals would be a huge relief to what is often a stressful process for them (and one that might not have a high success rate.