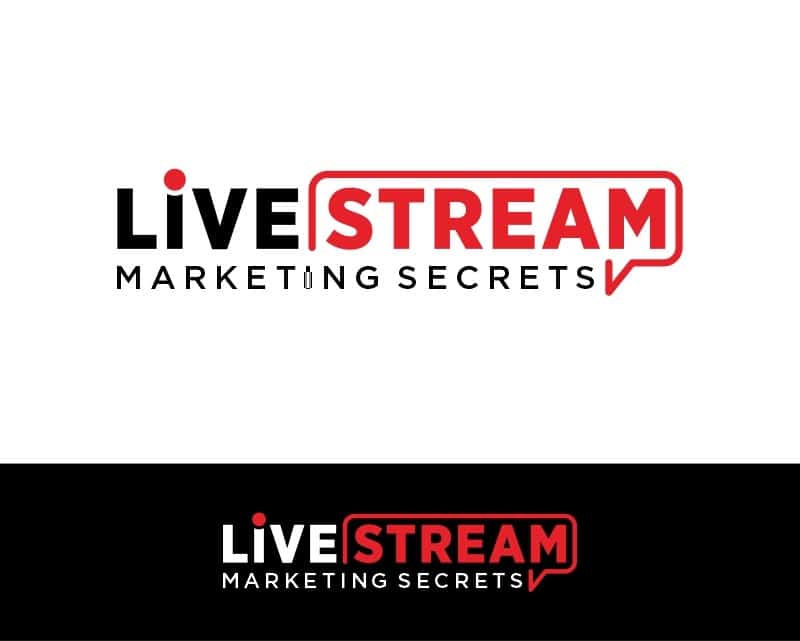 Looking through contests on the site happens to be one of our favorite past times and every so often we’ll see one that sparks our interest. More often than not it’ll be the winning entry that catches our gaze and prompts us to look at the other entries. This contest in particular caught our interest when we saw the winning entry, leading us to take a look at the other entries that had been submitted. We thought the entries were so unique that we were prompted to share the contest with you!

Livestream Marketing Secrets is a company that was looking for a new logo for their company that was modern and minimalistic. They wanted the logo to look premium or elite for their company. As for colors, the client said that they were open to different color schemes but requested that the designs didn’t include pastels or soft colors. They wanted bold and strong colors used for the design. In addition to telling our creatives what they were looking for, they also gave some information on their business.

They said they offer an online course that teaches entrepreneurs how to monetize their livestream efforts. With the number of influencers that are currently going live on popular social media platforms, the course is useful for teaching people how to correctly use these platforms and get the most from their live streams. They described their target audience as online influencers, entrepreneurs, authors, speakers, and more.

Hatchwise creatives read the information in the contest brief that the client provided and then they got started on their entries!

This first entry shown is simplistic, only using two colors and a wordmark design. The logo uses a wordmark with the word ‘livestream’ in large dark grey letters while the last two words are in smaller letters are below it. For the ‘S’ in the first word the design uses a dollar sign with a half square around it. The design is simplistic while adding a pop of color with the dollar sign.

This entry goes in a different direction than the first one shown, using a gold, black and white color scheme for the concept. The creative gives two different concepts, one with the letters in black on a white background and the second with white letters on a black background. Both concepts include gold in the design and convey what the company does.

This logo concept uses black and red colors on a white background. It shows ‘Live’ in red with a play button next to it, while the rest of the company name is shown after it. The red stands out boldly in contrast to the black letters. This logo puts heavy emphasis on the company name while still letting people know what the company does.

This entry uses a large play button behind the first word in the company name with the rest of the words in black. The design uses a red satellite image over the black letters and white letters over the red play button. The design is interesting and using the bright red colors easily grabs attention.

This entry shows a red play button above the company name. The first part of the name is also in red while the second part is in dark blue. The entry makes sure that the name boldly stands out while also including a symbol to make sure that it’s recognizable and unique. The logo overall is creative and uses a bright red that instantly grabs your eye.

A simple entry, this one opts to rely completely on the wordmark for this design. For the ‘A’ at the end of the first word, we see a play button being used. The first part of the name is in black while the second part and the play button are both in bright red. The font is bold with thick letters for the first word and thinner letters for the second part.

This creative opted to submit an entry that looked a little different than the other ones that we see for this contest. They opted to use gold as the main color choice for the design, using it as the color for the play button above the company name. There’s also some red incorporated and we see white used for the second part of the name. The design is shown on a black background and looks majestic and classy.

For our last entry, we see this simple black, white and red design submitted. This one makes the first part of the company name in black and white the largest. Below it, we see the rest of the name in red and shown in smaller letters. The design is entirely the wordmark and it’s minimalistic and can be used on a variety of materials.

After reviewing all the entries submitted to the contest, the client chose the entry above as their winning design. The design is unique and stands out with a red circle to dot the ‘i’ and red and black used as the main colors. The creative opted to include two versions of the design, one with a white background and one with a black background. Congratulations to the creative that submitted the entry and we’re happy that the client found a new logo that they love!