PrevThe Top 3 Uses for Your Company Logo
What’s The Diﬀerence Between An Illustrator And A Graphic Designer?Next 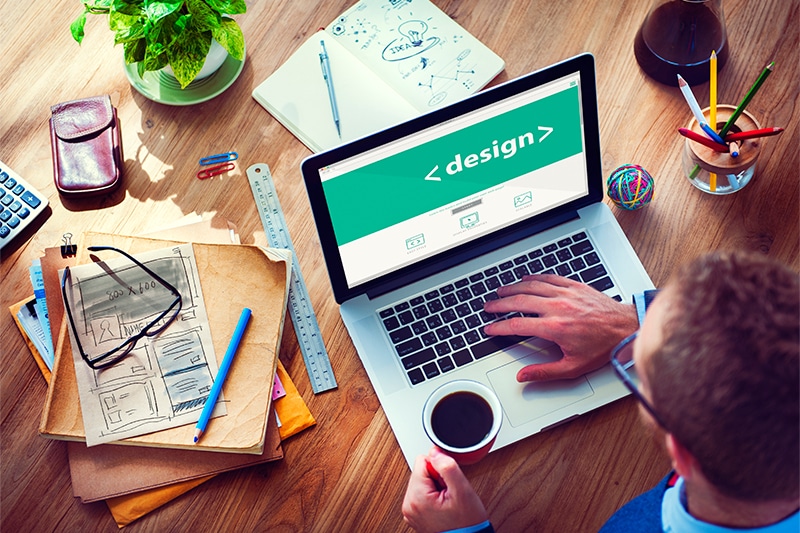 Conjure up an image in your mind of one of the world’s best graphic designers, how they create, what motivates their craft, and the persona behind their brilliance. Now imagine being able to work with this person, side-by-side, someone who devotes their entire heart to helping clients transform their business outreach, and someone who has a love for typography.

Meet Jason Santa Maria, a multidisciplinary designer and product leader, living and working in Philadelphia, Pennsylvania, Jason Santa Maria has developed his design talent for over 20 years, most notably delving into web agencies, startups, news and media publishers, and speaking engagements at numerous conferences around the world.

The portfolio of Jason Santa Maria stacks up like a who’s who of the graphic design business, one who publishers and prominent marketing executives immediately call first when they’re in a conundrum as to who can get the project done. Jason Santa Maria gets it done, and he does it so well that he has a newfound love of teaching and fostering community around his design talents.

There are design firms that Jason Santa Maria has aligned with and created sensational work for, and continues to be a part of, yet it’s within his own entrepreneurial abilities that he truly shines with vim and vigor. His personal startup businesses are where the experience of his learning and love of design genuinely comes to the surface.

Every project Jason Santa Maria touches reflects his affection for words, fonts, and traditional print design. His overall experience dates back to 2005 when he collaborated with two prominent colleagues to create a groundbreaking redesign of a website called A List Apart. As Creative Director, Jason launched hundreds of articles on how to design for websites. No other source was available at his level at that time.

From that moment, it was only a matter of diligent work and proper serendipity that he was able to stretch his talents into several other genres of design, only to add to his already highlighted accomplishments. Jason Santa Maria spent three years as Creative Director at Adobe, the highly regarded platform that focuses on branding, design, and UX creations. His three-year tenure was pivotal when Adobe was simply a startup.

Several years of continued education and work, sinking his teeth into each role, Jason Santa Maria landed at Editorially, Vox Media, Slate magazine, and is currently Senior Design Director for InVision, a design studio that offers multiple layers of animation incorporated into prototyping. Jason felt this type of work was right up his alley. Even though he spent over two years at each publishing and advertising medium as either Design Director or Creative Director, his passions for startups and helping others achieve their own dreams kept Jason in the mainstream media platform.

Another noteworthy business to accentuate his already boisterous resume is his work with A Book Apart. As Co-Founder and Creative Director for the past 10 years of this boutique publishing and design platform, Jason has an established library of 34 recognized UX book titles that his role in spearheading the design for maintained the list with A Book Apart  to be ever-growing and on a continual upward trend.

As his credits go on and on, Jason Santa Maria, with his vast knowledge and growth within the design field, remains a humble man. If one could rattle off his achievements in a single breath, these noted highlights might appear to be on some type of scroll destined for creative designers who have old souls and continue to work from that space as their mission.

Jason Santa Maria is also the founder of a Brooklyn-based design firm called Mighty. Add to that, his faculty membership position with SVA’S MFA Interaction Design program. After all of his learning, giving, and being entrenched in the design community for decades, in an effort to balance the flow of usability and beauty for his clients, Jason can attribute the following to his list of magical achievements:

Jason has garnered numerous awards and recognition in all facets of design and typography. One can never find him tooting his own horn, yet with every inch of his design work and creative endeavors, he continually feels he’s an experiment in process.

Jason has devoted an entire section on his website to his writings that can be found all around the web. One of the articles he has posted is titled, “Responsive Responsibility.” What exactly does that term mean?

To start with, responsive design is the feature that makes it so that a website fits the screen of whatever device you’re using. Every site should have responsive design, so that every person can access it, no matter what type of device they’re using.

In his article, Jason writes about a new book by Scott Jehl titled Responsible Responsive Design. The purpose of this book is to help designers understand how to make responsive design truly perform.

You might’ve experienced it before: even though it seems like a site is designed to fit your screen size, it doesn’t quite work. Maybe there are new screen features that your phone company (Apple, Samsung, etc.) has developed, but you can’t use them on certain sites because the responsive design isn’t there yet.

Maybe your network is lagging and it seems like the website is broken, but it really isn’t. Maybe the site works in one country but it doesn’t work in another.

Whatever the case may be, Jason believes that Scott Jehl is right – these are issues that need to be tackled now.

There are three key components to responsive design: fluid grids, flexible images, and media queries. A second book that Jason recommends, Responsive Web Design, covers these three topics and many more in great detail. Jason’s work reflects how much he believes in the importance of responsive design.

Jason wrote a piece called “Piles of Ideas” for The Pastry Box Project, a now-defunct but nonetheless fascinating blog. In “Piles of Ideas,” Jason writes about a designer’s need to not only plan, but to generate ideas.

While he used to worry that, if he wrote his ideas down physically (using pen and paper), then he was giving them great value, he no longer worries. He has realized that the only way to get to good ideas is to test out the bad ideas first.

According to Jason, it’s okay to write down bad ideas and then recycle the paper. It’s perfectly fine because what matters most is coming up with the ideas in the first place.

In the world of design, new ideas are constantly needed to meet changing digital environments. Jason writes that, “the real shape of an idea isn’t an explosion, but an evolution.” He believes that ideas follow a process before they become valuable.

That’s why it’s okay to write your ideas down on pen and paper and then recycle it, or to type them up in a word processor and delete the file later. You have to test out many ideas before landing on a good one, and the you have to work to develop that good idea into something great.

Jason Santa Maria, and yes, he wants you to know that’s his full name, is poised to continue with greatness. Combining a little bit of tradition, a hefty amount of font styles that suit every need, and a wealth of experience, Jason will be at the forefront of UX design and creativity for years to come.

PrevThe Top 3 Uses for Your Company Logo
What’s The Diﬀerence Between An Illustrator And A Graphic Designer?Next
© 2008-2021 geekface LLC