PrevCryptocurrency: Hot Trend or Here to Stay?
What Are The Best Website Hosts?Next 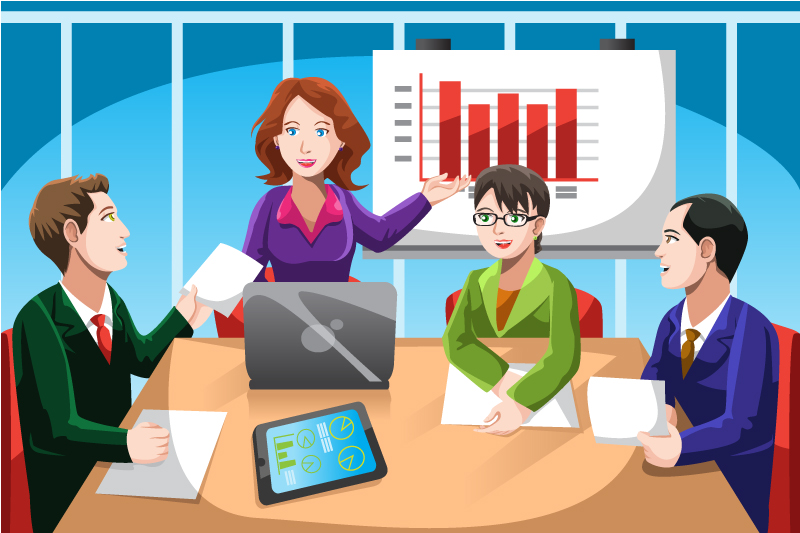 Entrepreneurship has provided an avenue for great success for women. Now, more than ever, women are taking advantage of owning and running their own business, increasing their wealth, reputation, and rank among the top businesspeople in the world.

Some started small and grew their businesses through hard work and smart decisions. Others used a platform of existing fame to intelligently launch businesses and grow their empires.

Ten female entrepreneurs stand out as the cream of the crop for their business prowess and sizeable impact. The group shows women with diverse characteristics and backgrounds. They hail from various countries and work in an array of industries including media, biotechnology, and fashion.

Each one saw an opportunity and seized it, making a big splash in a big pond. This trend is likely to continue for the foreseeable future as the younger generations see the successes of their predecessors and know that they can do the same.

In the past few decades, women business owners have taken the world by storm. Many started with nothing but an idea, their own skills, and determination to create powerhouse companies in fashion, publishing, and entertainment, to name a few. In our list of Top 10 Female Entrepreneurs, several of them have successfully crossed over more than one industry with resounding success. Here’s our top 10 listed in alphabetical order:

A fun name and a seriously in-demand product, Spanx, launched founder Sara Blakely to huge sales and a great deal of respect. She owes another woman on this list, Oprah Winfrey, for propelling her brand when there were many doubters. Sara’s perseverance and belief in her idea is still paying off in financial success.

Known for her philanthropic efforts from founding the Breast Cancer Research Foundation, Tory Burch made her money in fashion. She worked with some of the most famous designers until she was ready to create her own trendy, best-selling brand. Her name is known throughout the fashion world and beyond.

The Huffington Post was named for no other than its powerful co-founder, Arianna Huffington. Now known as HuffPost, the media site has expanded its reach internationally with continued success. Arianna branched into Thrive Global, a wellness business and website, wrote a book on sleep, and offers a wellness course, showing her versatility in business.

Usually known simply as Beyonce, this mega-talented American singer and performer has a global audience with millions of fans, called the Beyhive. She made Coachella history as the 2019 headliner. Beyonce Knowles expanded her success into fashion, creating House of Dereon in partnership with her mother, Tina Knowles, by marketing her own fragrance and her own shopping website.

A media mogul, Yang Lan cofounded China’s Sun Media with her husband Bruno Wu. Lan is a television host along with directing the vision of Sun Media’s interests in TV, magazines, newspapers, and web content. She a top Chinese media personality with a lot of influence in Chinese society.

The first biotech company in India was the brainchild of founder Kiran Mazumdar-Shaw. Biocon’s in the business of biopharmaceuticals and is a global organization. Mazumdar-Shaw is considered her country’s first female entrepreneur and is revered for her role.

Just about everyone has heard of Harry Potter and millions have read the series of books written by his famous creator, author J.K. Rowling. Starting with nothing but her talent, the success of the books lead to films, theme parks, merchandise, and more. The British author has continued to publish novels, including a crime fiction series under the pen name Robert Galbraith.

Made famous as an actress playing Gloria on the Modern Family series, Sofia Vergara’s in a business that gives back. She cofounded EBY, a subscription underwear company, with Renata Black. EBY donates 10% of its profits to a loan fund for women. She’s also a cofounder of LatinWE, a talent management and media company, and has represented Pepsi among other interests.

Making smartphones has been good business for Taiwanese company HTC cofounder Cher Wang. She’s driven by innovation and the company has turned out a top Android seller. The Taiwanese native is focused on developing new smartphones to improve recently lagging sales, and she’s the right person for the job.

Talk show icon Oprah Winfrey turned her success into a production company, a television network, and a girls’ academy. While Harpo Productions and OWN keep her square in the entertainment industry, the Oprah Winfrey Leadership Academy for Girls in South Africa is one of her many philanthropic efforts. Her rise from a difficult early life, her business savvy, her giving nature, and her visibility have made her the role model for many young women around the world.

As many successful women are known to mentor and support up-and-coming female entrepreneurs, the top 10 is sure inspire the best women business owners’ to help each other and to be beacons of light, showing the way to female entrepreneurial success.

PrevCryptocurrency: Hot Trend or Here to Stay?
What Are The Best Website Hosts?Next
© 2008-2021 geekface LLC