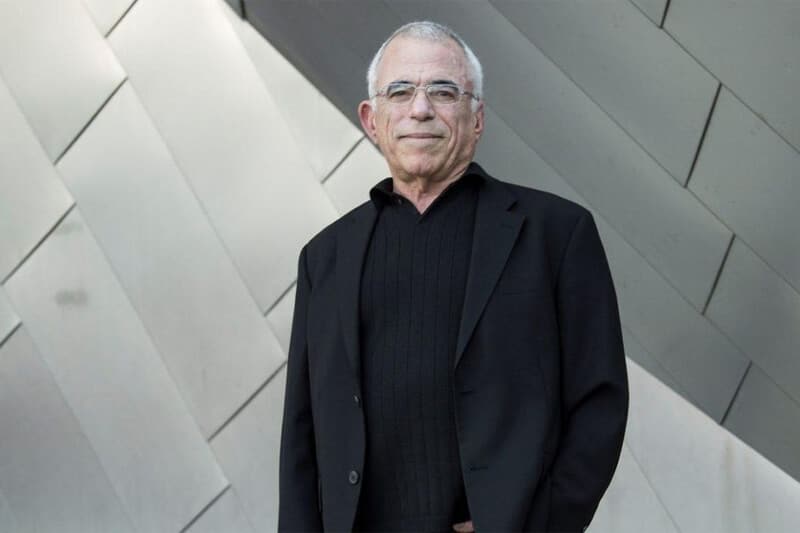 Of all the logos we see every day, few have the reach and instant recognition that the Apple logo has. That’s due to the brilliance of Rob Janoff, who created that famous apple with a bite taken out of it.

Although the Apple logo has gone through many iterations over the years, it retains Janoff’s brilliance and has set the bar high for corporate logos that need no labeling or explanation.

Janoff’s original apple-shaped design was famously approved upon his ﬁrst pitch to Steve Jobs. Jobs loved the design so much that he immediately put it into production, including print ads, software packaging designs, and the Apple hardware itself. Few designs have achieved immediate success the way that Janoff’s Apple logo has.

ducated at San Jose University, Janoff began his career as an industrial designer but soon after decided that he was better suited to graphic design. He quickly established himself as a prominent designer in the technology sphere, designing assets for a number of Silicon Valley clients.

In 1977, he joined Palo Alto-based Regis McKenna, where the creative director chose him to pitch a concept to their new client, Apple Computer. Janoff wanted to create an image that perfectly symbolized the company. Initial designs too closely resembled a cherry or other fruit, so Janoff added the bite mark to solidify the image as an apple.

In an interview with Forbes, he also noted that the bite symbolized the knowledge one would gain by using a high-end computer such as an Apple. Plus, he noted, “bite” was a homophone for a computer “byte.”

As Janoff told Forbes into 2018, “Any time you can add any kind of humor it becomes more likable and memorable.” He added colored lines to the original logo to give it a rainbow look that symbolized the Apple Computer’s color screens. At the time, Apple Computer was the sole producer of computers that could produce images in color.

With a simple design, Janoff had perfectly captured Apple’s value proposition: a powerful computer with color-enabled screens that connected the user to a world of knowledge. Mockup in hand, Janoff proposed the logo to head Apple innovator Steve Jobs. The rest is history. Now, Janoff is based in Chicago and runs a branding ﬁrm that helps new companies achieve their look and feel.

As a skilled graphic designer, Janoff capitalizes on his success with the Apple logo, and his ﬁrm specializes in high-concept designs that brieﬂy encapsulate a company’s story and philosophy. Learning from Apple’s consistent approach to their branding, Janoff and his team create multiple print and digital media for their clients to ensure promotional success. Janoff also regularly speaks in classrooms and at conferences to share his insights into what makes a compelling logo.

As he learned from Apple and related to Forbes in 2018, the key is to keep it simple. He recalls seeing the CBS logo as a child and ﬁnding it more compelling than a lot of the imagery he was inundated with on a daily basis. The original Apple logo was an elaborate pictograph of an apple orchid with the company name emblazoned in vintage banners surrounding the image.

The logo was hard to digest and had little emotive power. Janoff managed to distill the promise of a new era of computing into a single image, and that’s what Jobs loved about it.

Still, Janoff is humble in his approach. He considers each client a new opportunity to help a company gain its footing — all driven by the power of simplistic design. As Janoff declares on his website, “a reputation is nothing unless it means something for your company.”